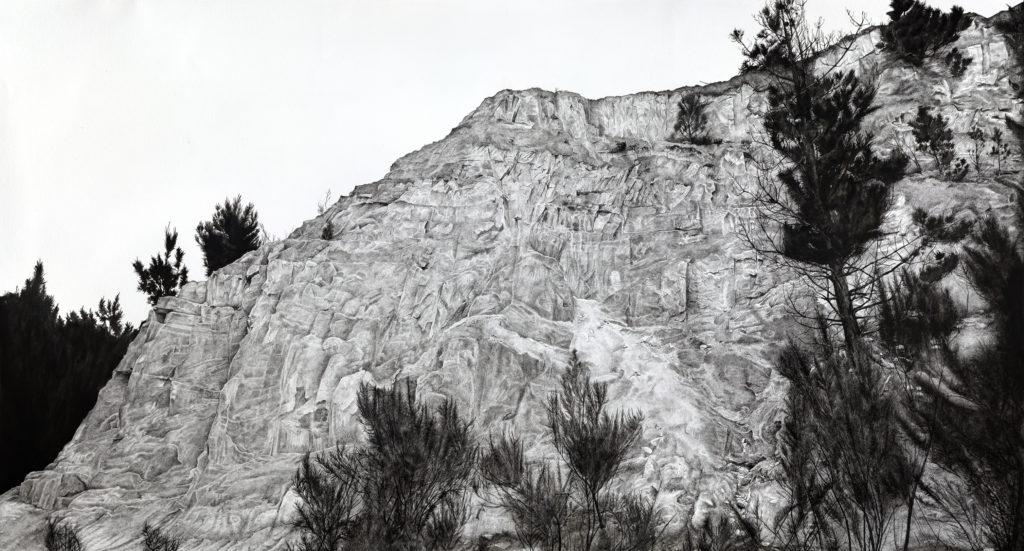 Hello! My exhibition is all coming together – I worked on this all last year and it is really exciting to be able to share this information with you all now. I will write more over the coming weeks and months about the process. Here is a little more about it –

Eureka Centre Ballarat presents ‘Overburden’, an exhibition of recent drawings by Lily Mae Martin, from 3 February to 2 August 2020. An exhibition opening will be held on Thursday 13 February 2020 at 6pm. Everyone is welcome to attend.

‘Overburden’ addresses the legacy of Gold Rush mining and explore our relationship with, and perception of, the natural world. Through close observation of the landscape around Ballarat, Lily Mae has uncovered evidence of past catastrophic environmental exploitation and destruction caused by mining during the Victorian Gold Rush.

These recent drawings are the result of a year of focussed research and site visits throughout the Ballarat region. Through walking and drawing, Lily Mae began to understand how the landscape had become heavily impacted by mining and transformed by earthworks – abandoned mine shafts, mullock heaps, and the abundant evidence of sludge that once clogged water systems. She also discovered areas where mining had occurred that seemed almost entirely reclaimed by nature.

These drawings have their genesis in on-site sketches that were further developed in her studio resulting in exquisitely detailed pen and ink drawings. Her use of black and white brings to her drawing a strong metaphoric association with truth-telling. Through her close observation of nature and her dedicated act of drawing Lily Mae aims to strip away nature’s veneer of regeneration, bringing traces of environmental degradation to the fore and revealing the past trauma lurking under the surface of the land.

Lily Mae describes the inspiration and impetus for the project:

‘Overburden’ is a collection of work about how mining the earth for gold has permanently altered and reshaped the physical landscape. So much about history is about the human story – but we so rarely ask about the stories of the land. What about the environment in which we live; what do we value and what do we throw away? What do we put in museums and what is left on private farms, in state forests? Now more than ever, it seems all the more urgent to notice what we don’t notice.” 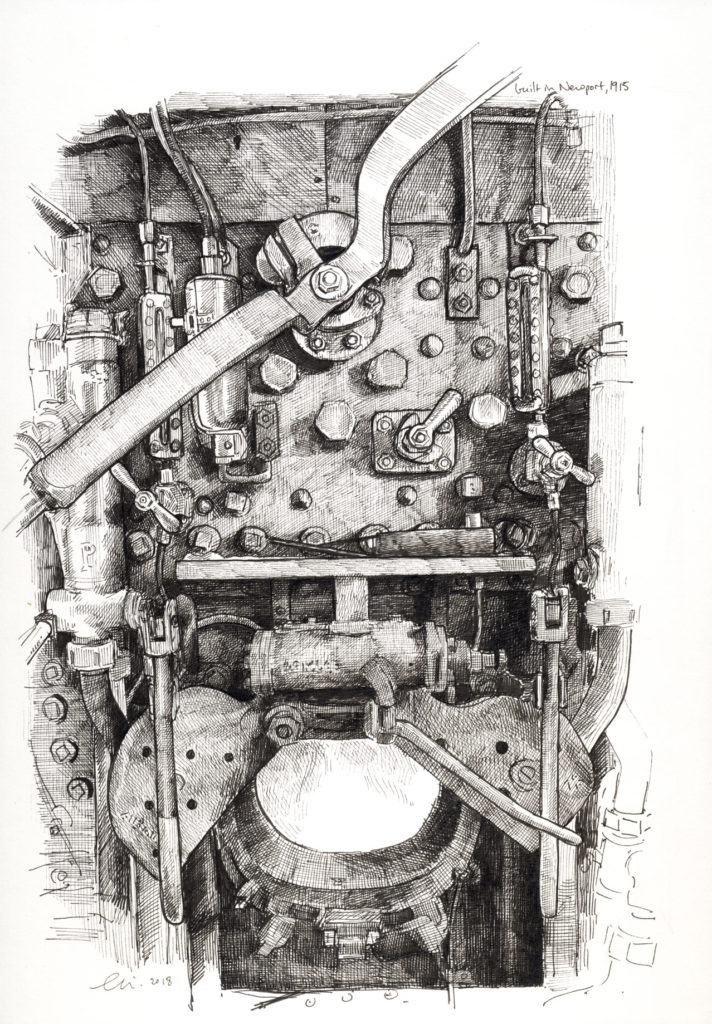 Ballarat Heritage Weekend has just been, the highlight for me was ( is always ) the steam trains.
The sun shone and my spirits were high, I thought I’d go out and see what observational drawings I could do. I haven’t done that in a long while. I took a ride on the train, which was a A2 express passenger locomotive, built in 1915 and the Newport Workshops. It was such an amazing experience. The train departed from Ballarat station and went to Lal Lal. When it stopped a young kid said “WE’VE RAN OUT OF PETROL!”, super cute.

I did a lot of terrible sketches, just what I needed to do! Took a lot of photos and spoke to volunteers from Steamrail Victoria. Such a gift, people sharing their knowledge.

I also did a tour of the old Ballarat Gaol, which was grim and very, very interesting. I looked at amazing vintage cars and then later on in the evening Kidlet and I went to the 100 years of music at the Ballarat Mechanics Institute. She danced and danced and asked me to join and I did not 😛

The heritage weekend is one of those things that you always want to see more than you actually can. I love learning history, even the dark stuff.
I had plans to do more finished drawings of the weekend, but I’ve just started working on some large pieces and that is where my drawing time is going too. So, enjoy this drawing of the beautiful train backhead. Get to the BHW one year! It’s well worth your time.

I like to explore and visit places – especially ones rich in history. I heard about Aradale through a pamphlet “Ghost tours – Lunatic asylum” – complete with salacious language and spooky font. But I wasn’t really interested in a sleep over with people I don’t know. Even the very thought of that makes me anxious, however I looked it up online and saw that there were day time tours too. 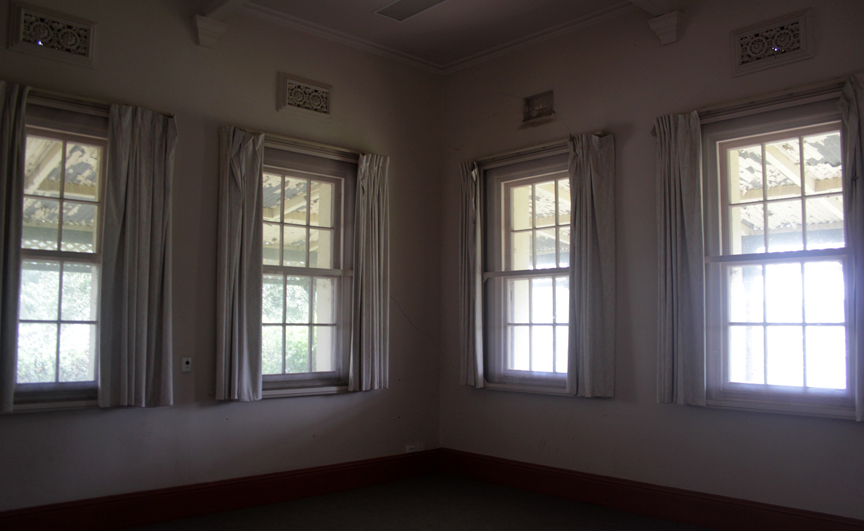 We learnt about people like self mutilator Garry Webb ( interesting write up about his case here: Garry Webb Discussion )
He had cut off his own penis three times – it was really interesting what the guide told us, but a bit disconcerting how many people from the tour group mumbled how it was “good” he killed himself and “he should have done it earlier” and when the guide told us his girlfriend killed herself not too long ago, the same reaction. 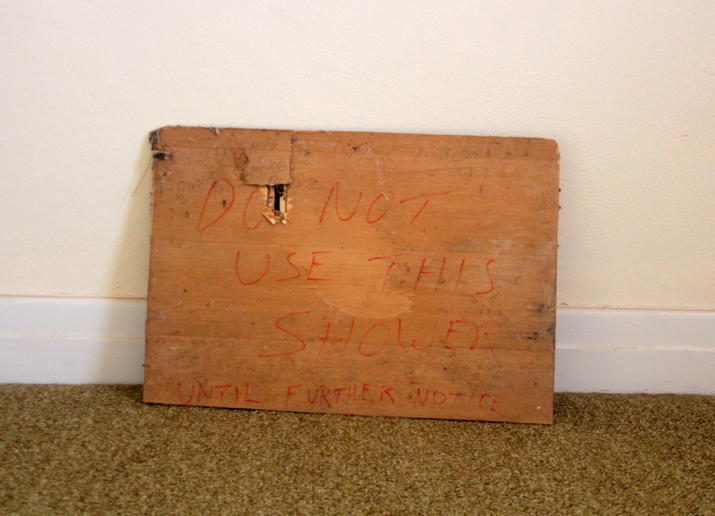 The nurses quarters were interesting too – it was an opportunity for the local girls. However they had to live on the site for their three year training and had curfews. 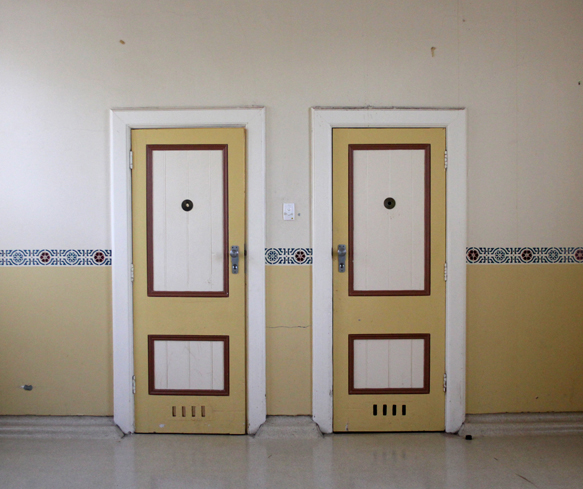 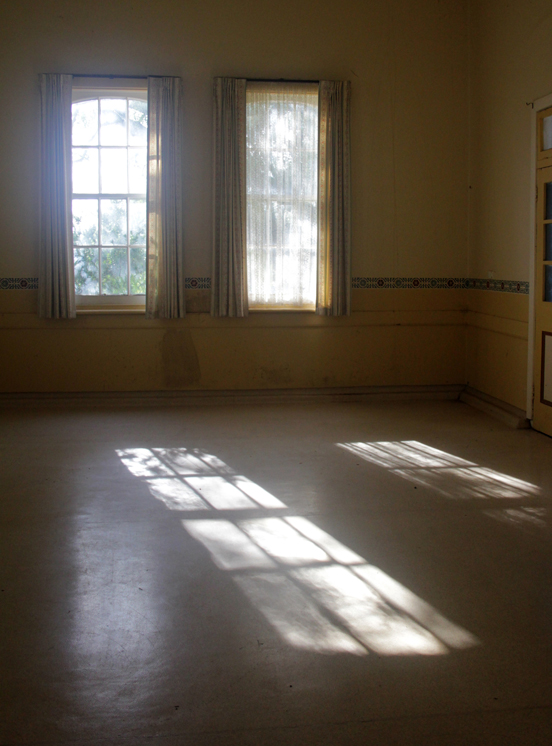 The women’s hospital was sad – isolation rooms for when they were ‘distressed’. The paint colour and details in the window shutters reminded me of quaint little towns I had visited in Germany. 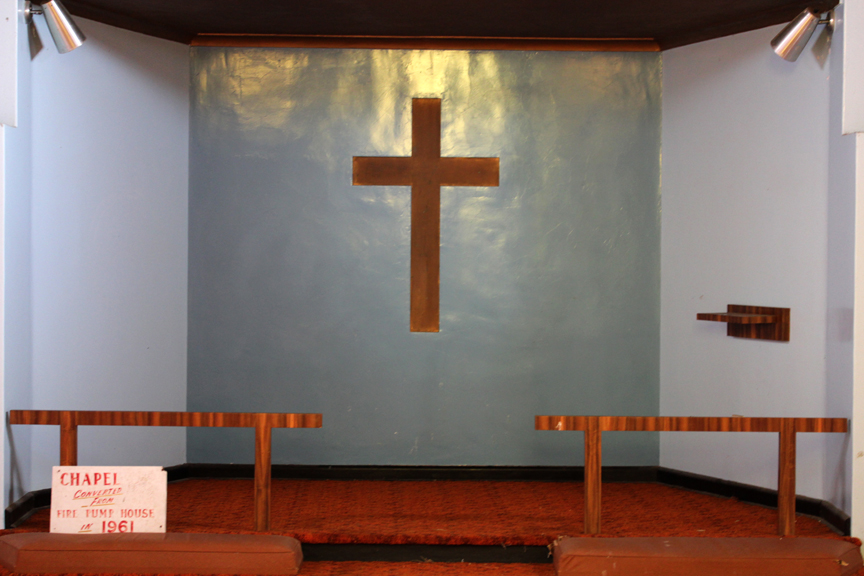 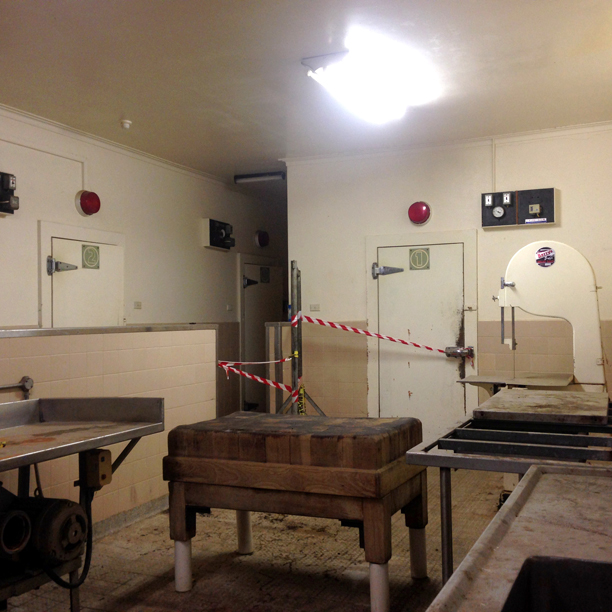 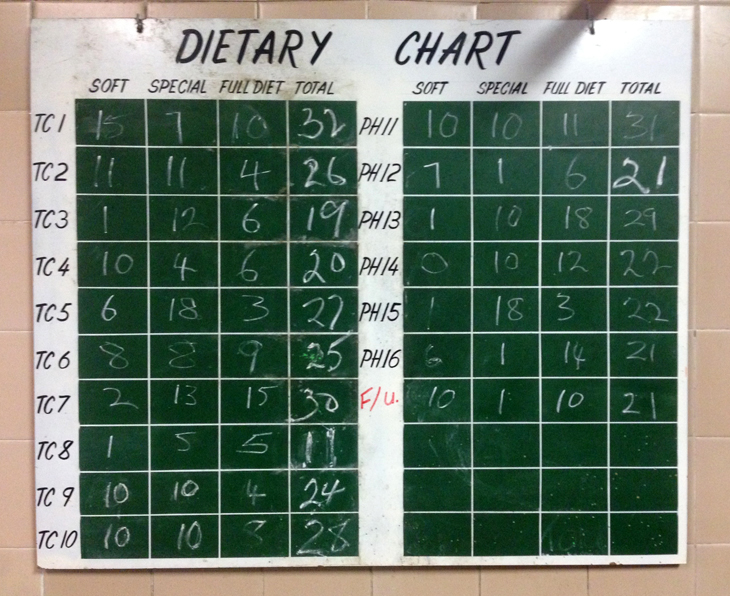 TC1 – Training Client 1, were the people who had just arrived to the asylum. The guide told us that 15 ( ward 15 ) required soft food, as they had no teeth. 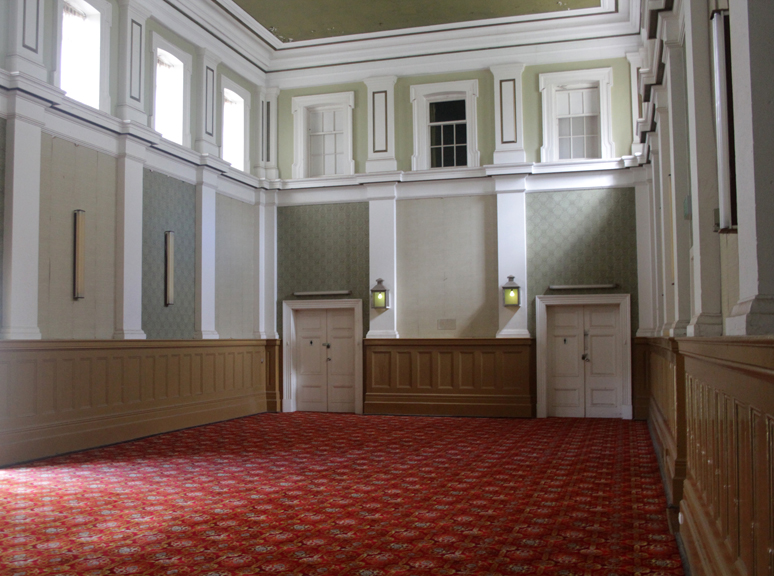 I felt this space to be reminiscent of a set from a Tim Burton film. It was so odd, the rest of the place was like a rabbit warren with tiny rooms. Then you came out to here and it was just huge, a wide open space that overwhelmed and dazzled. 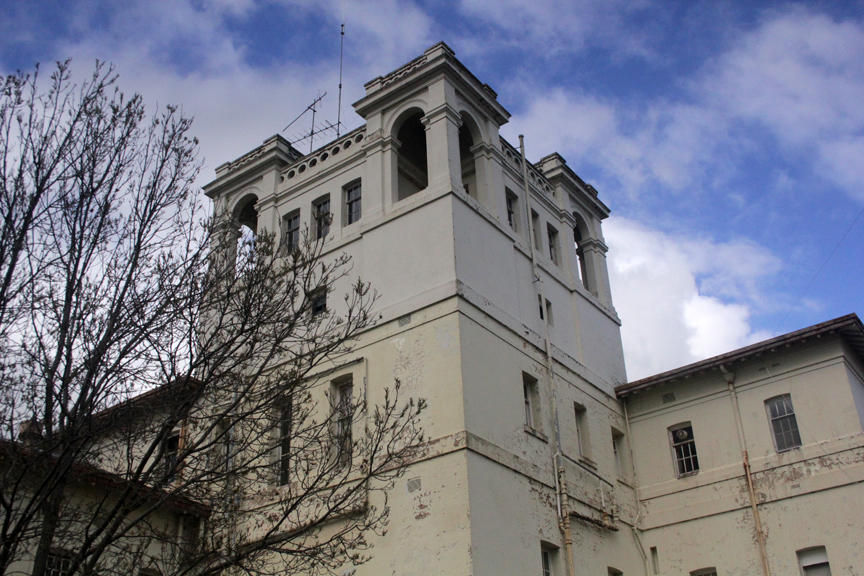 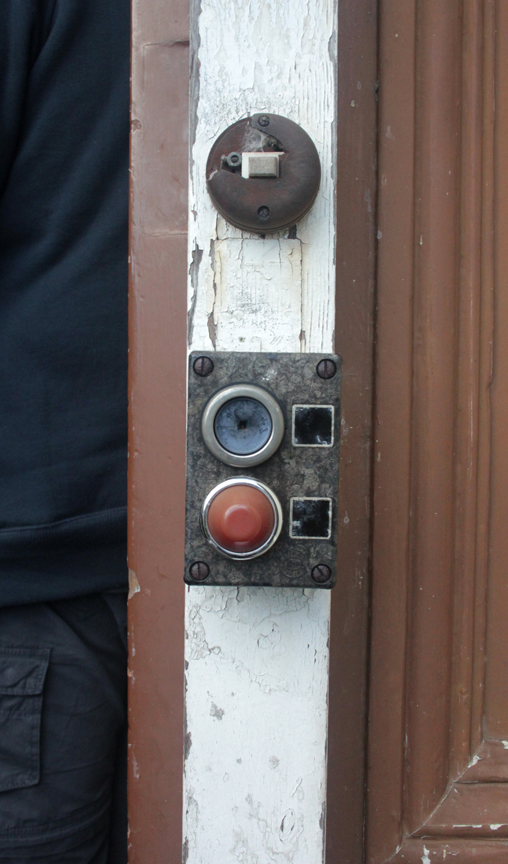 At this point the guide was talking about women being committed who were suffering post natal depression. I wandered off to photograph other things and didn’t really listen as I still find that stuff very difficult to listen too. Apparently he had said that some of them never came out again. 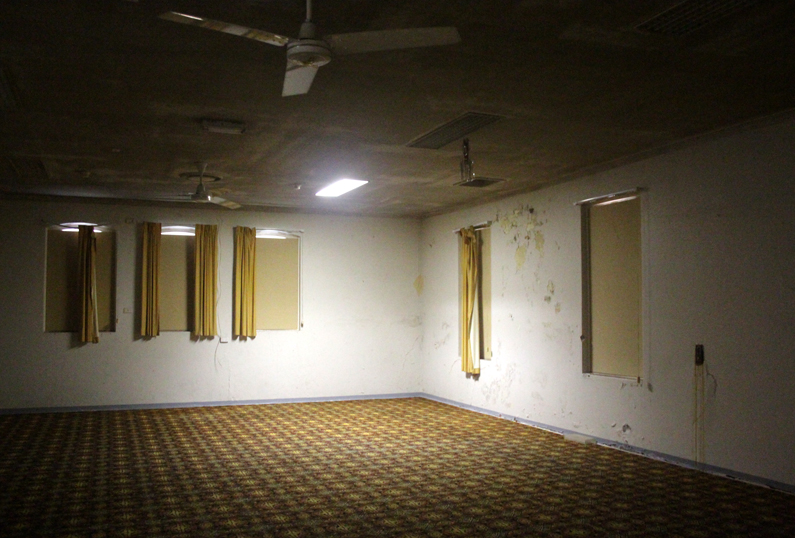 The men’s quarters was more run down, it had been vandalised. It was a little bit more eerie at this point. 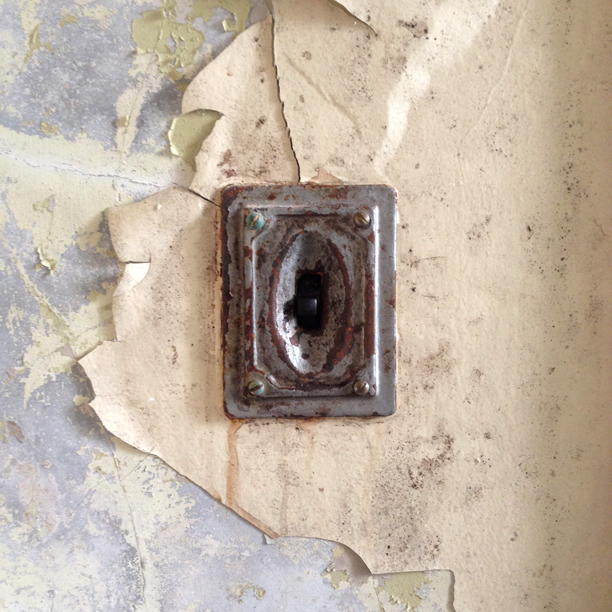 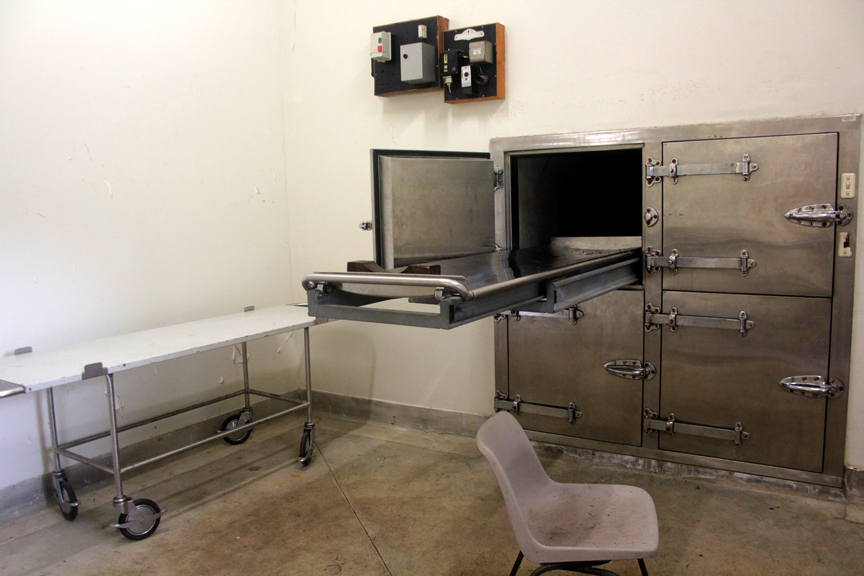 The morgue wasn’t as disturbing as some I had seen, a few people hopped up onto the tray. If you look online there’s a number of people posing on it – each to their own, I guess! 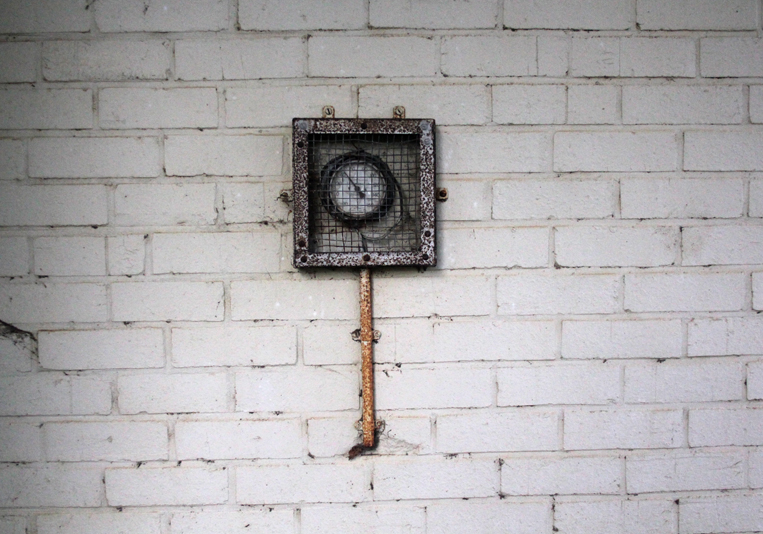 I really enjoyed the two hour tour, the guides were informative and very funny. I’m still reading up on history about this place and I wasn’t as affected by the space as I thought I may have been.