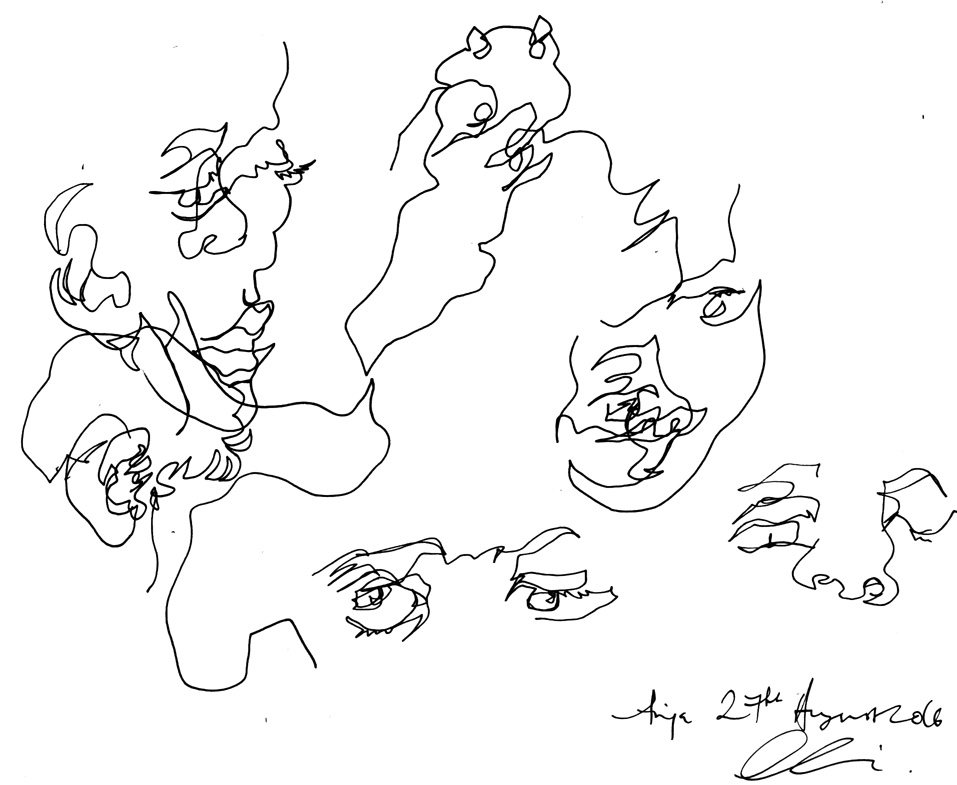 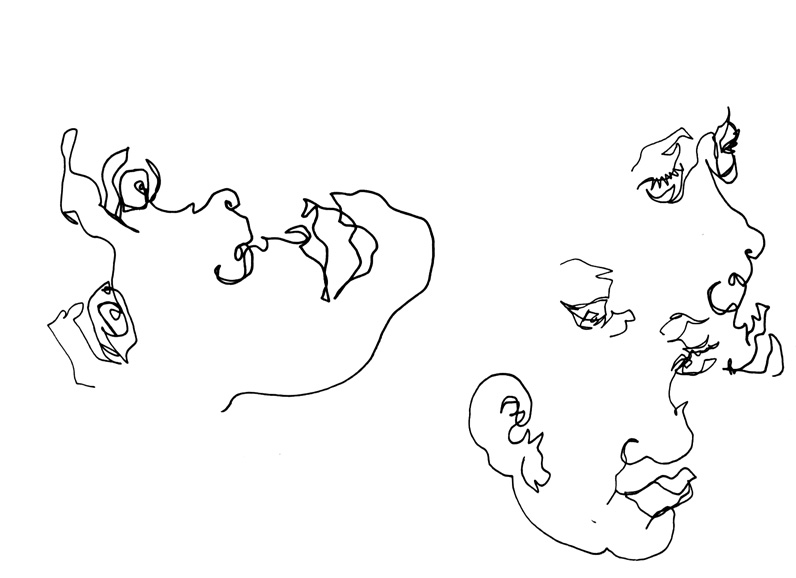 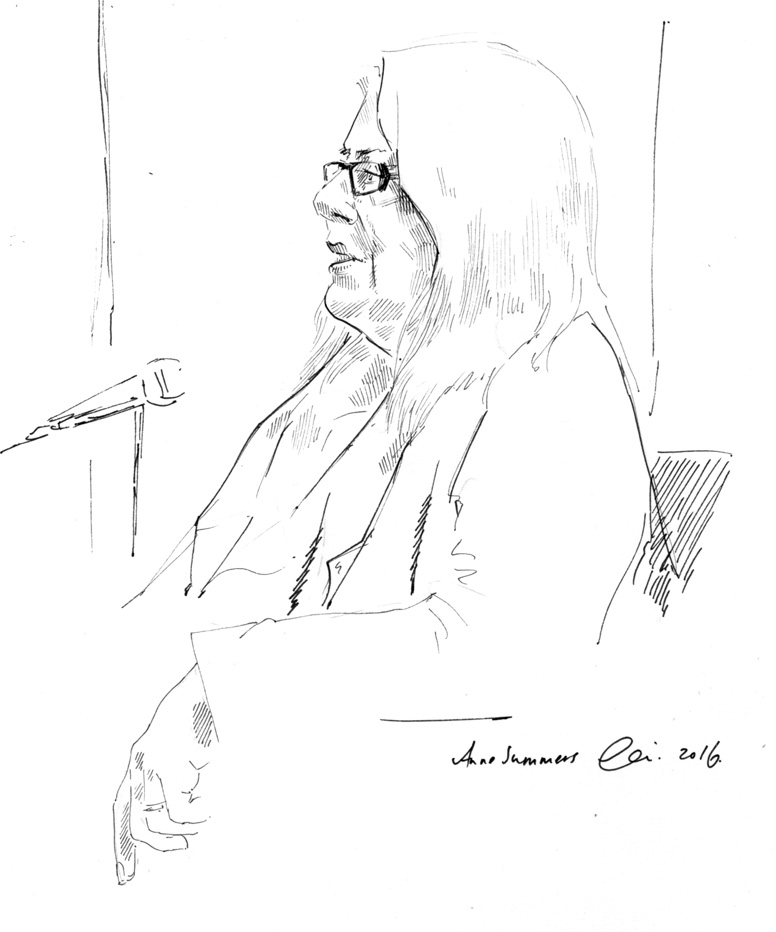 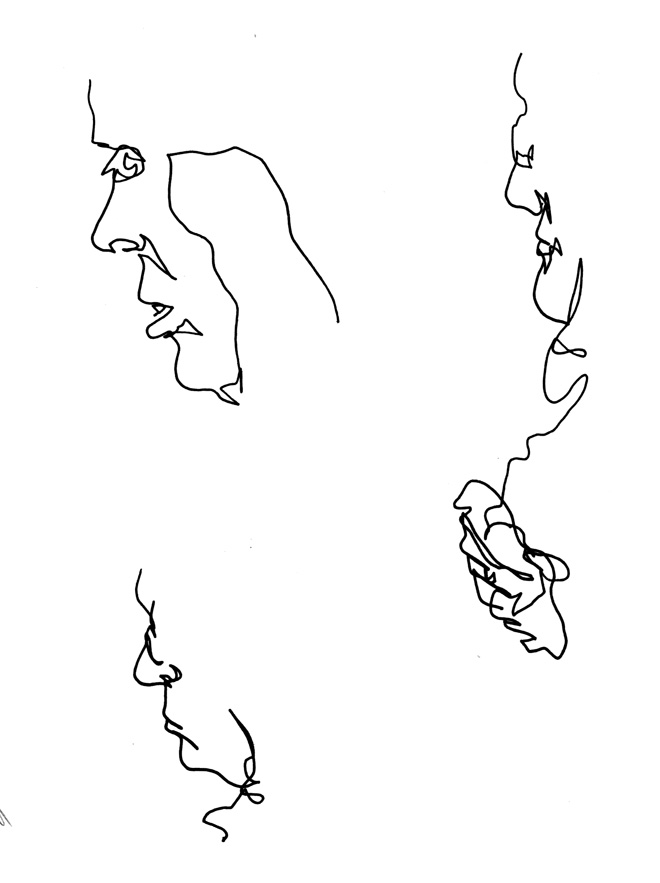 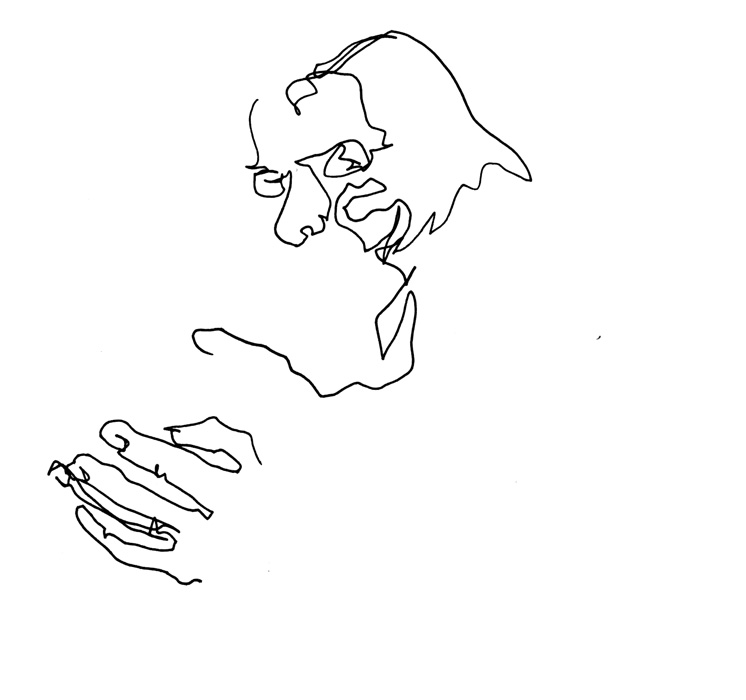 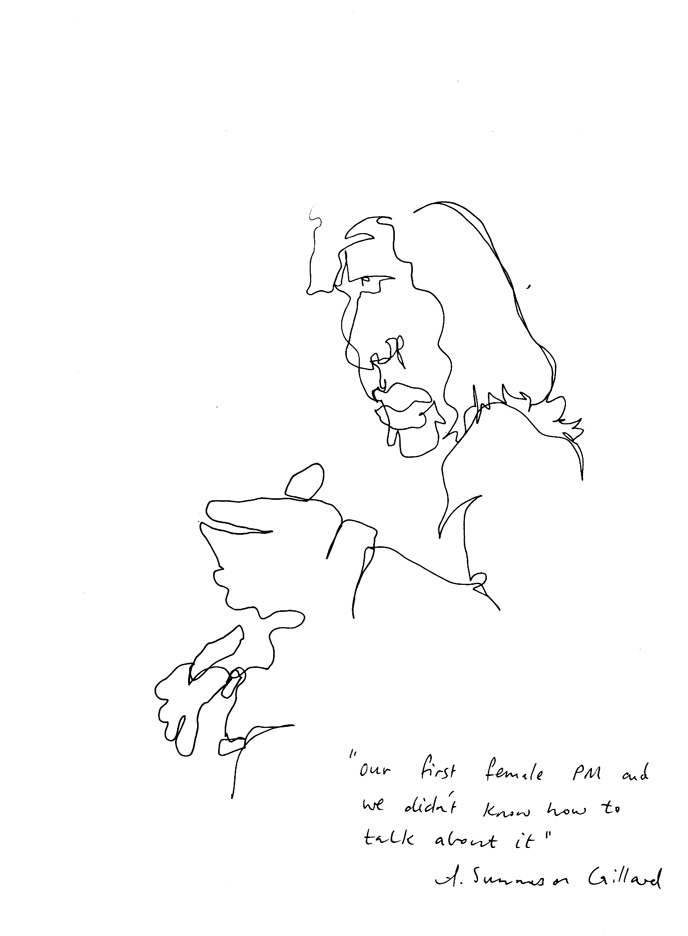 I saw Anne Summers speak last night – and I drew while I absorbed her words. Drawing helps with the absorption. There’s so much I have to think about and read about and keep reassessing. I am collecting books that I want around the house so if my daughter begins to question what I was questioning, there are things for her to read and explore in regard to feminism.

How much I wish I had these books when I was younger. 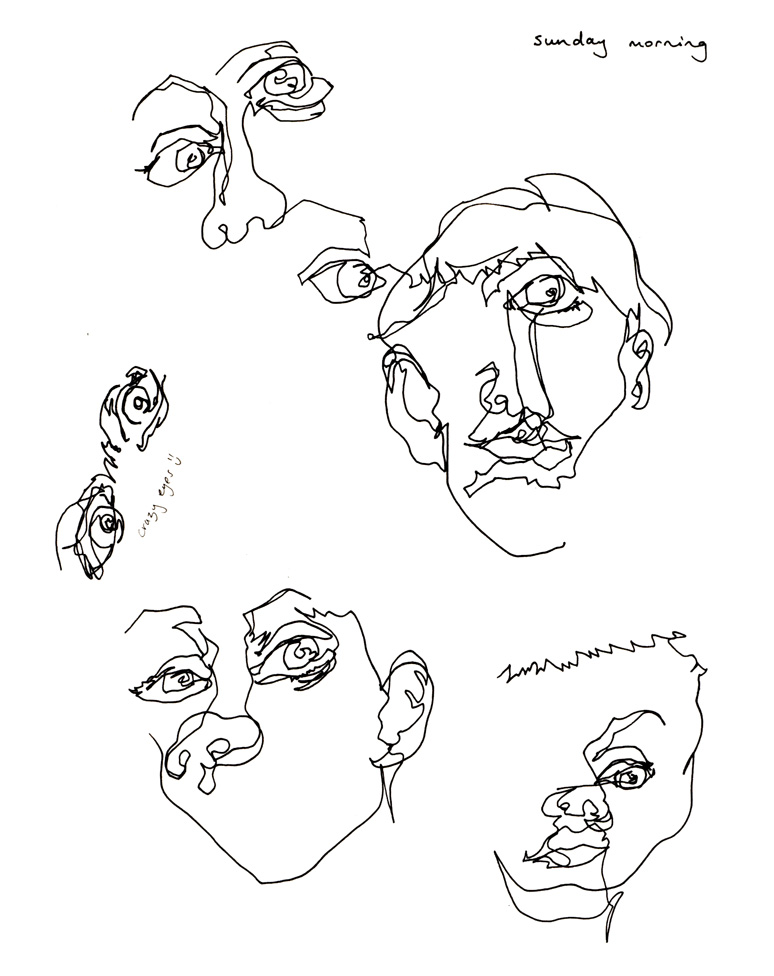 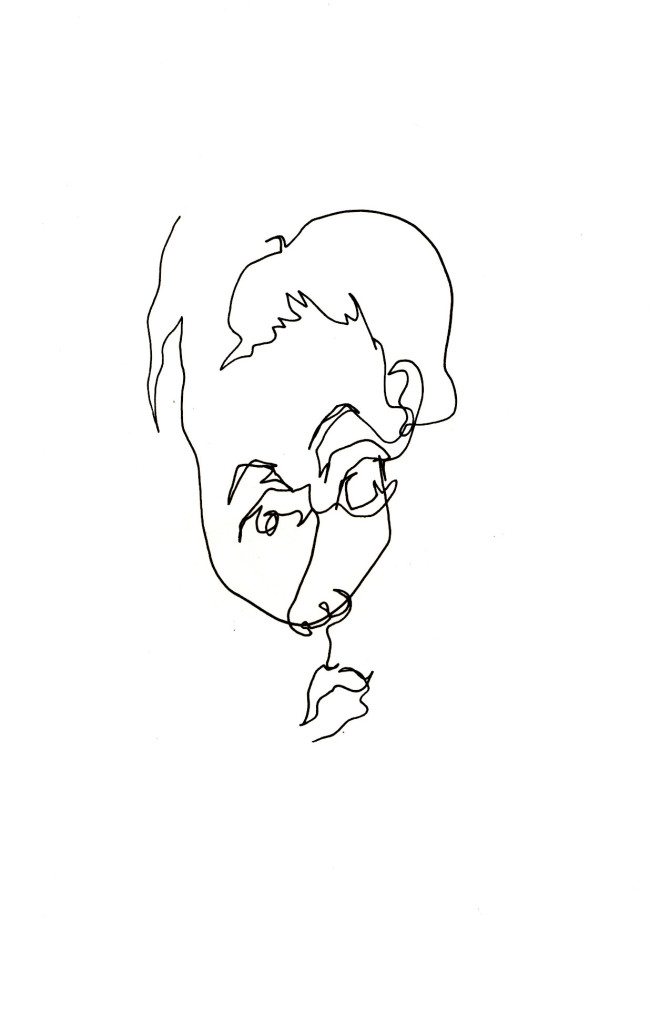 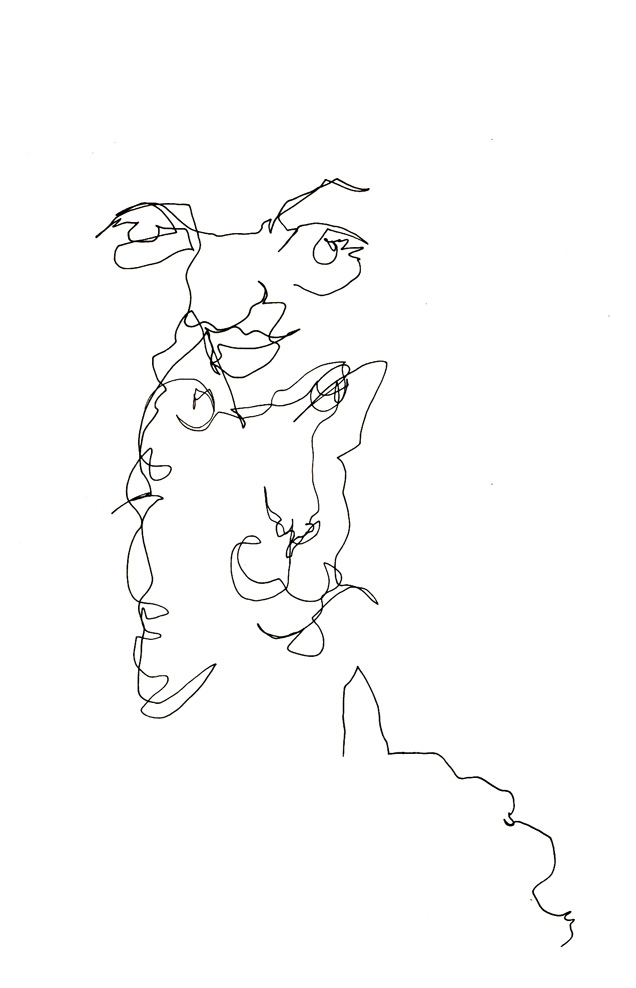 So my head is heavy with thoughts and my hands are busy with lines and kitty is laying on my, chewing on a pencil. 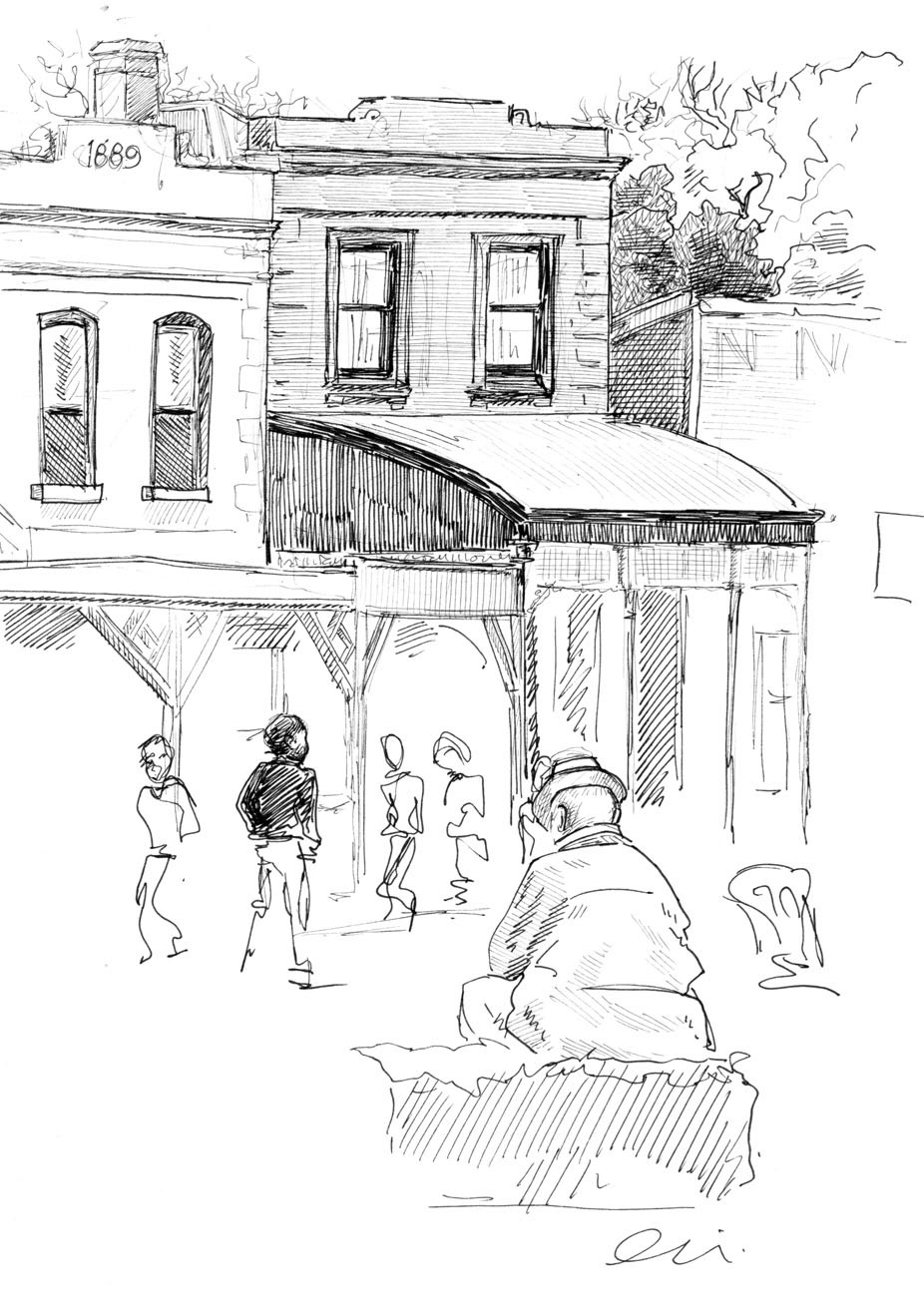 This weekend I saw April out and May in at Clunes booktown. Clunes is a town I like to visit regularly because it is *so* beautiful, and book town is something I didn’t get to experience until last year and then only very briefly.

I went to many things. The launch of Goldfields and the Gothic – edited and compiled by David Waldron, Writing Goldfields History, Mad Poet’s Tea Party, Ordinary Places with Cate Kennedy chaired by Michael Williams, ( This was the absolute highlight of the whole festival, Michael and Cate were warm and generous ) The Mothers with Rod Jones chaired by Jo Case – ( I purchased the book after this and have read quite a lot of it already, what a truly touching talk and book ) and finally Infidelity, Open Marriage and Journeys Through Time and Place.
That’s incredible for $10 over two days. 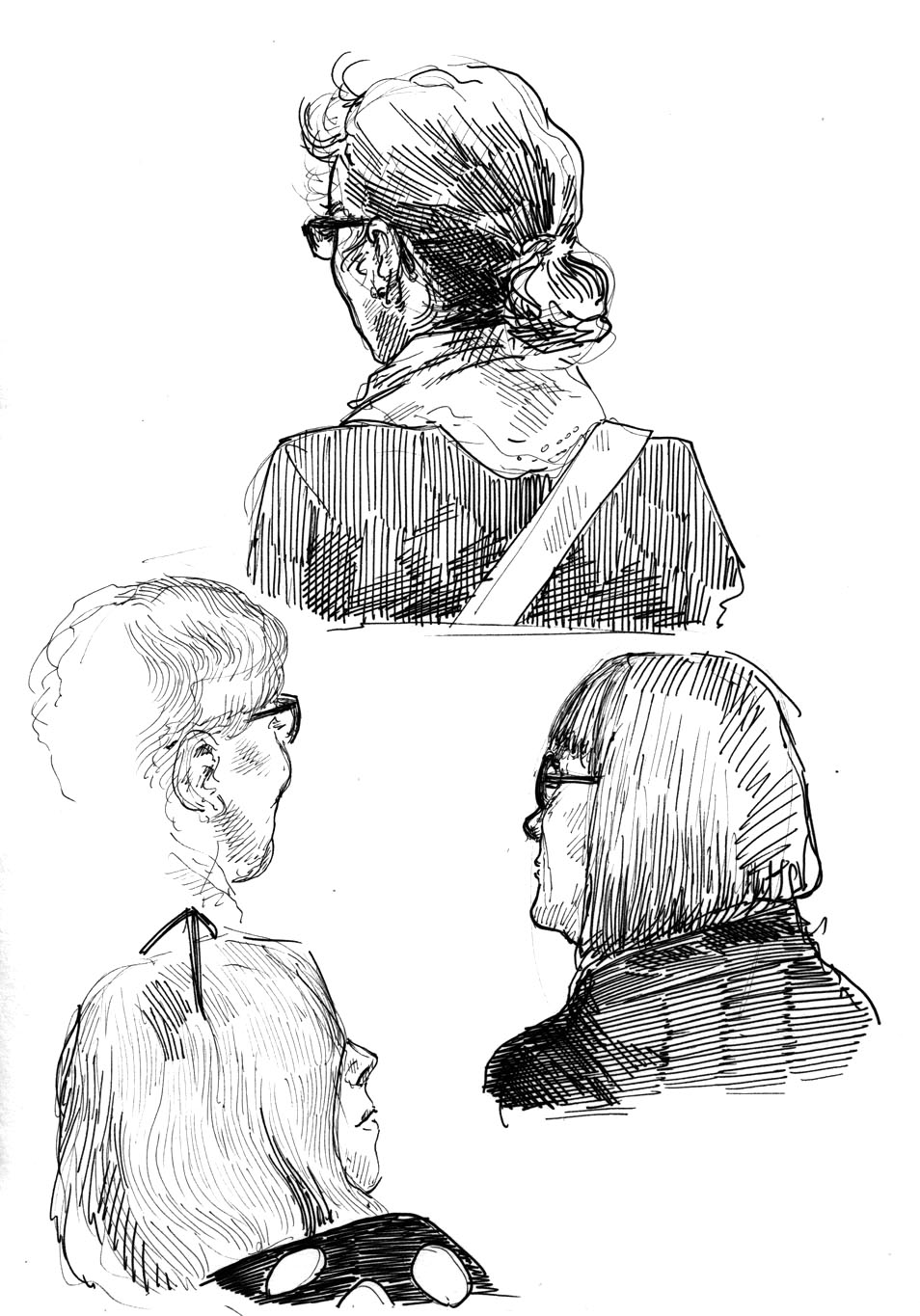 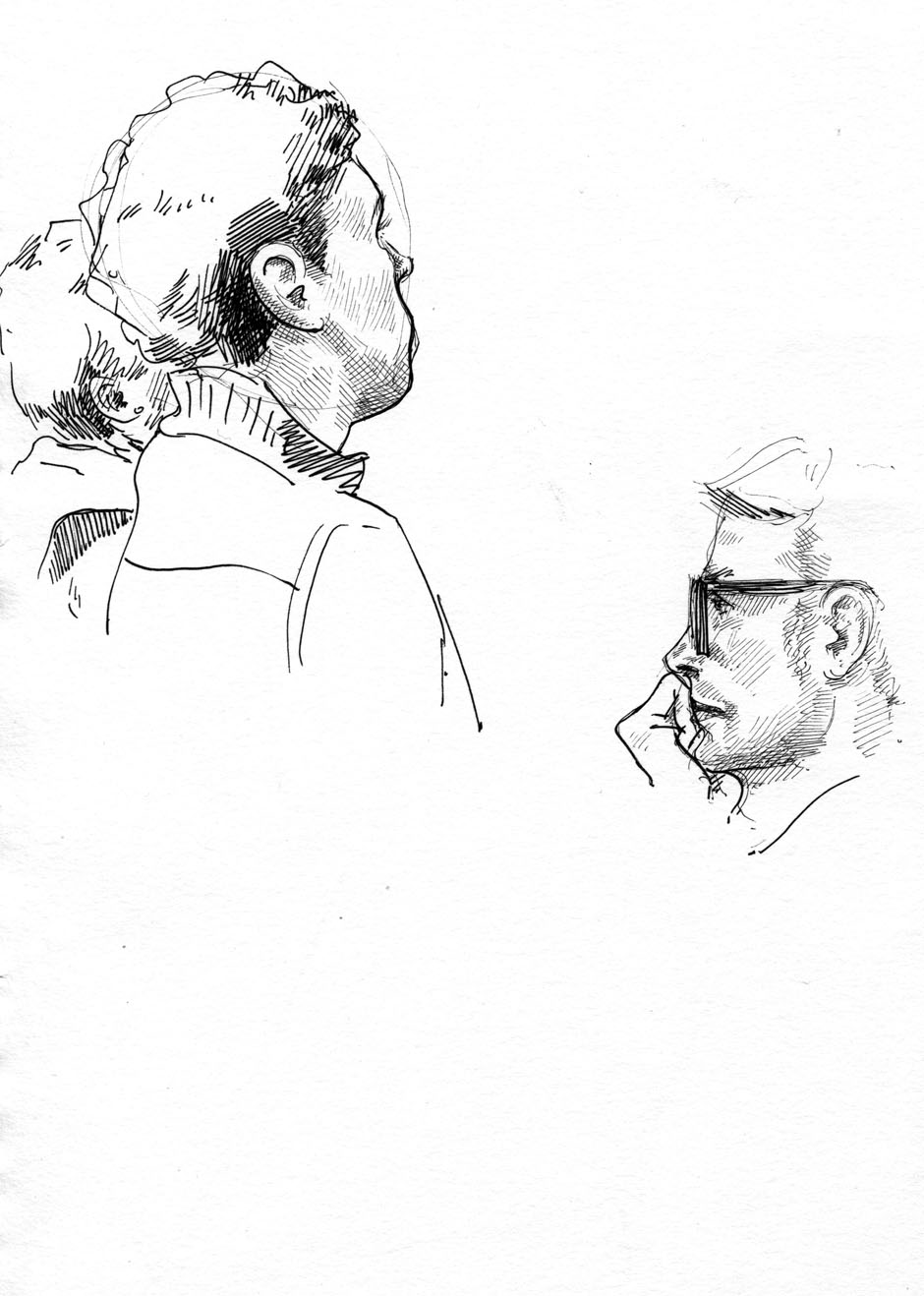 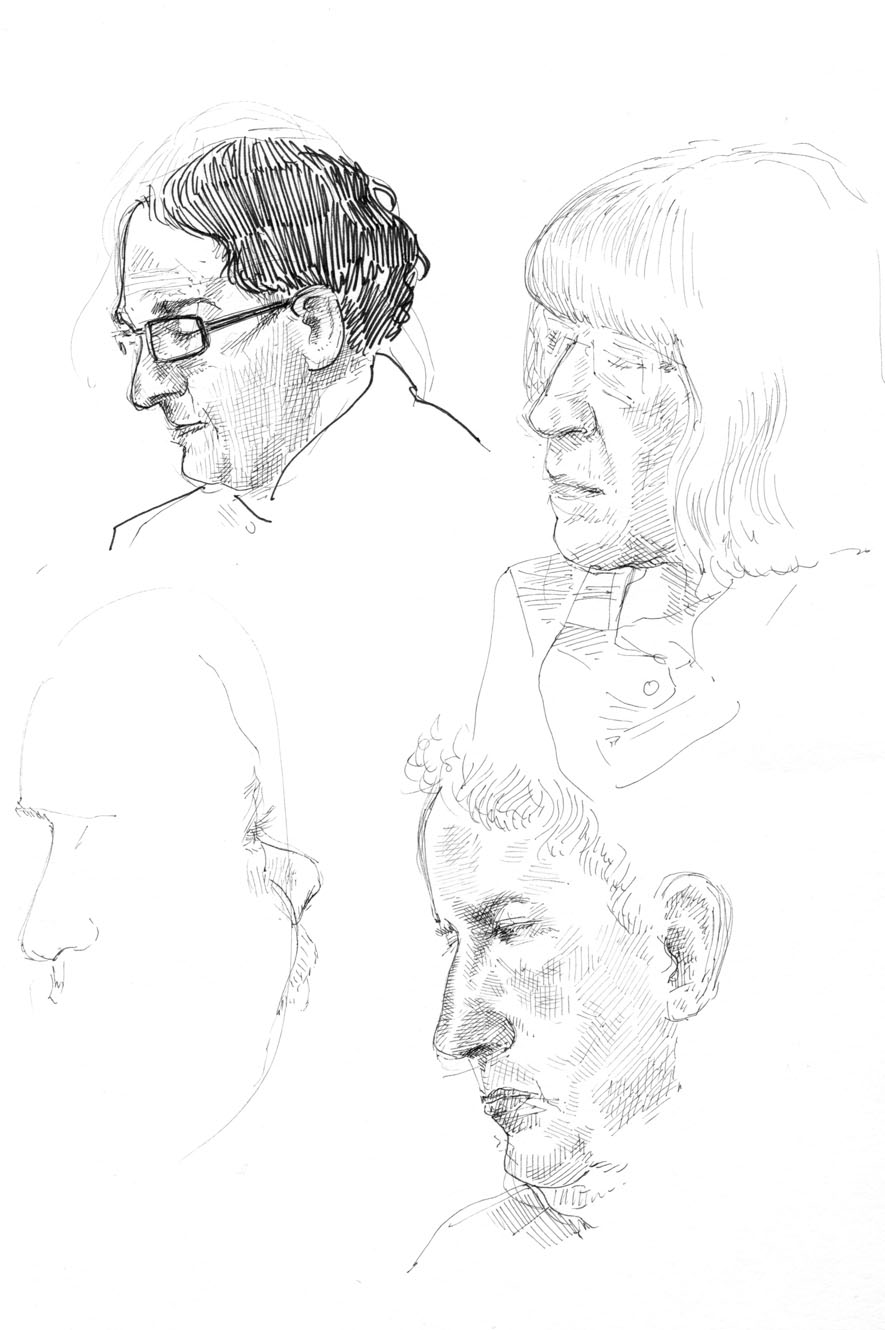 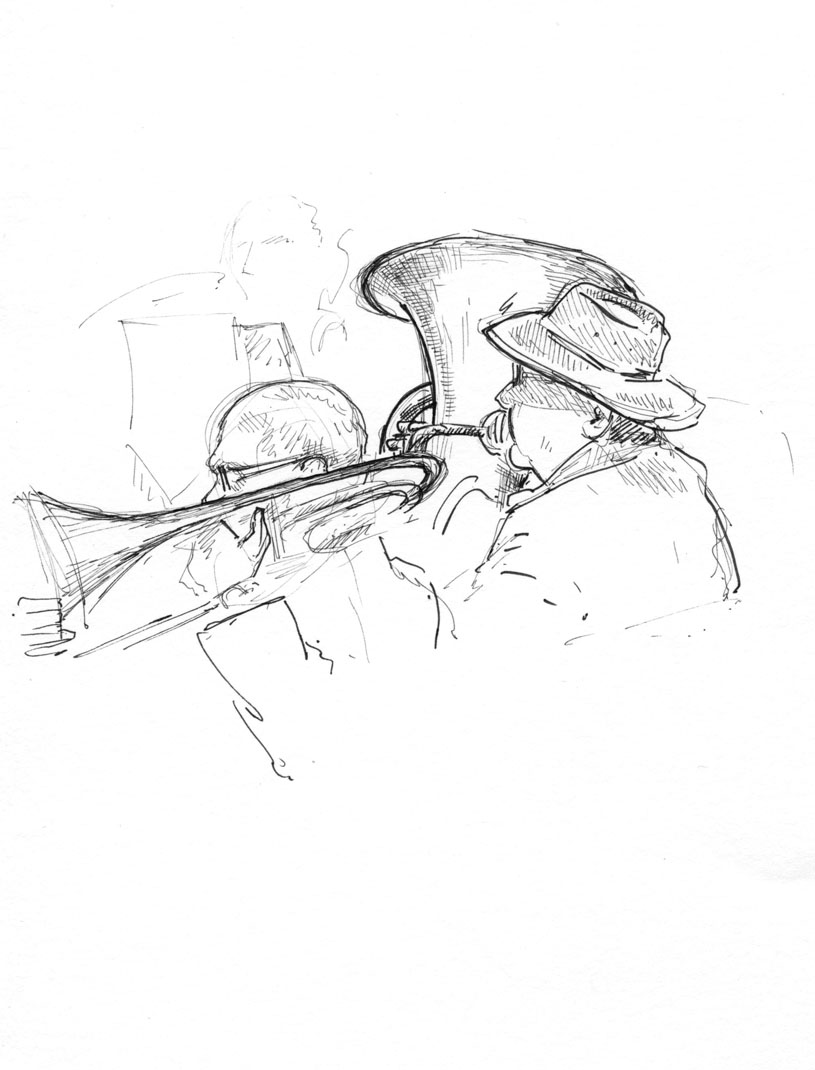 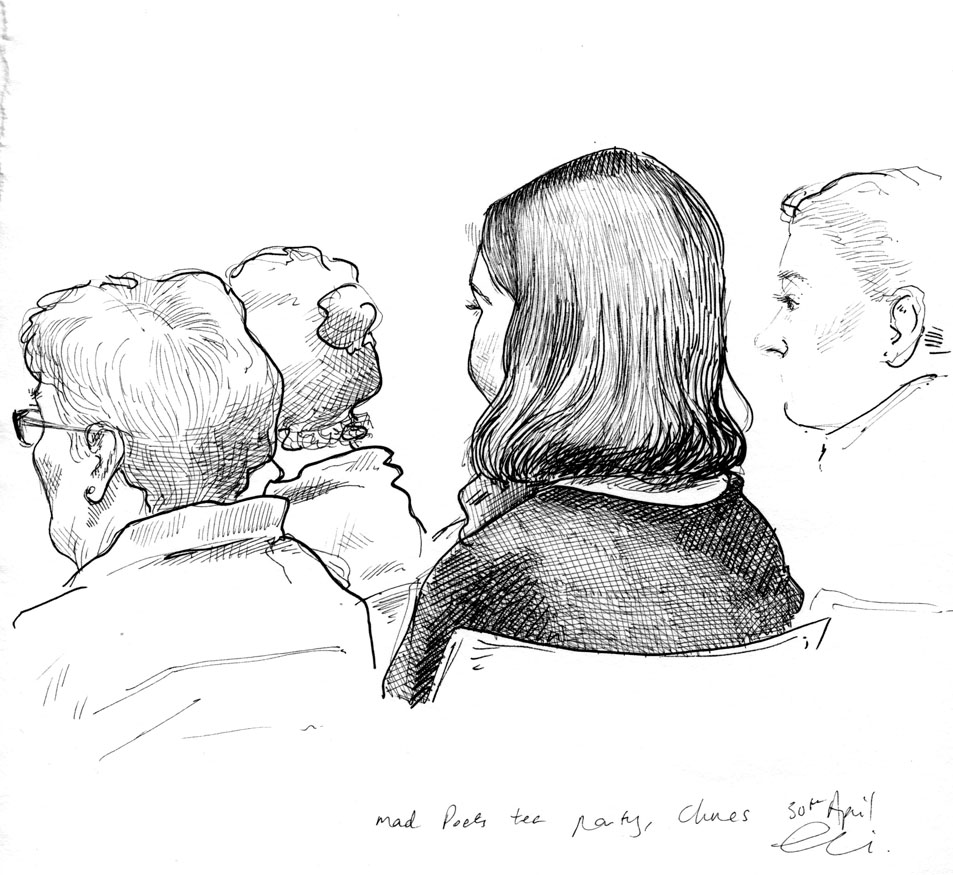 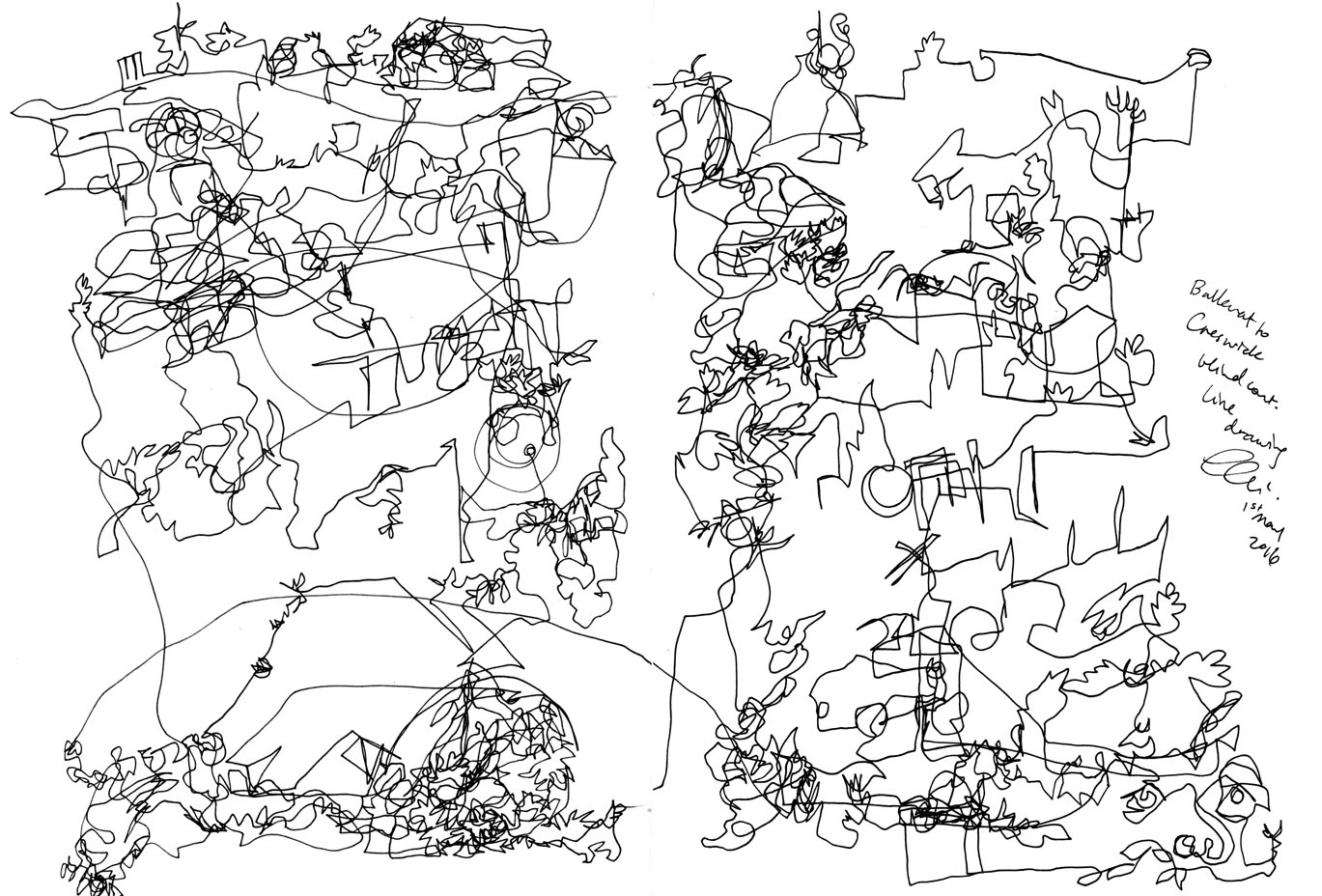 Blind continuous line drawing on the train from Ballarat to Creswick 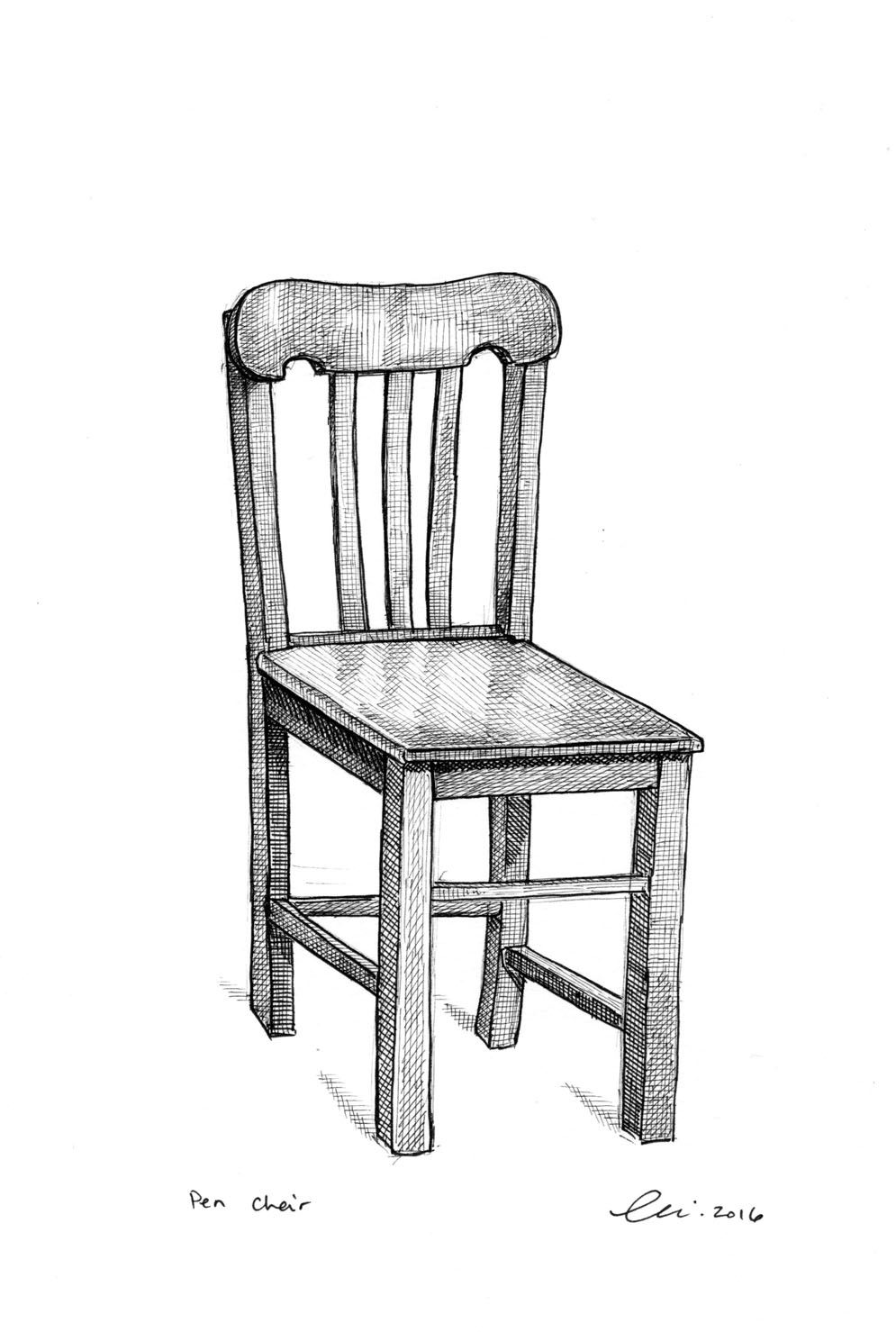 The Empty Chair – “Since the 1980s PEN International has used the Empty Chair at events to symbolise a writer who could not be present because they were imprisoned, detained, disappeared, threatened or killed. The Empty Chair often represents a specific case, rather than all writers at risk, and regularly takes centre stage at such venues as the Melbourne Writers’ Festival.” 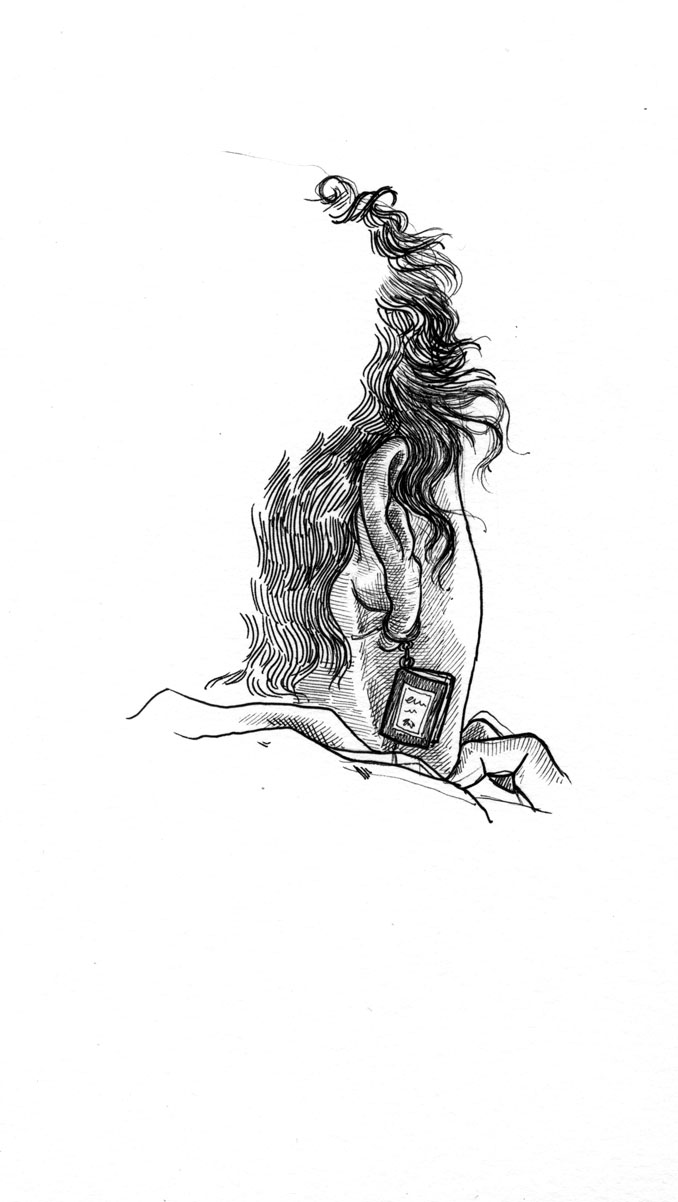 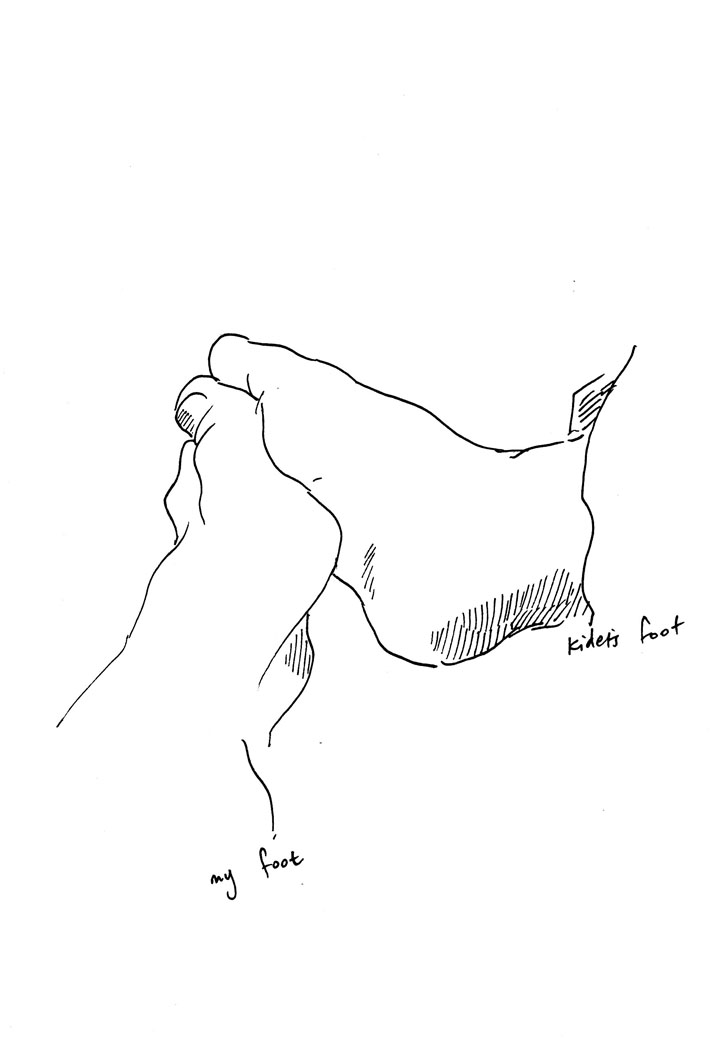 I had a magical, meaningful weekend and I am so grateful for Clunes Booktown and the amazing people who made it happen. Thank you. 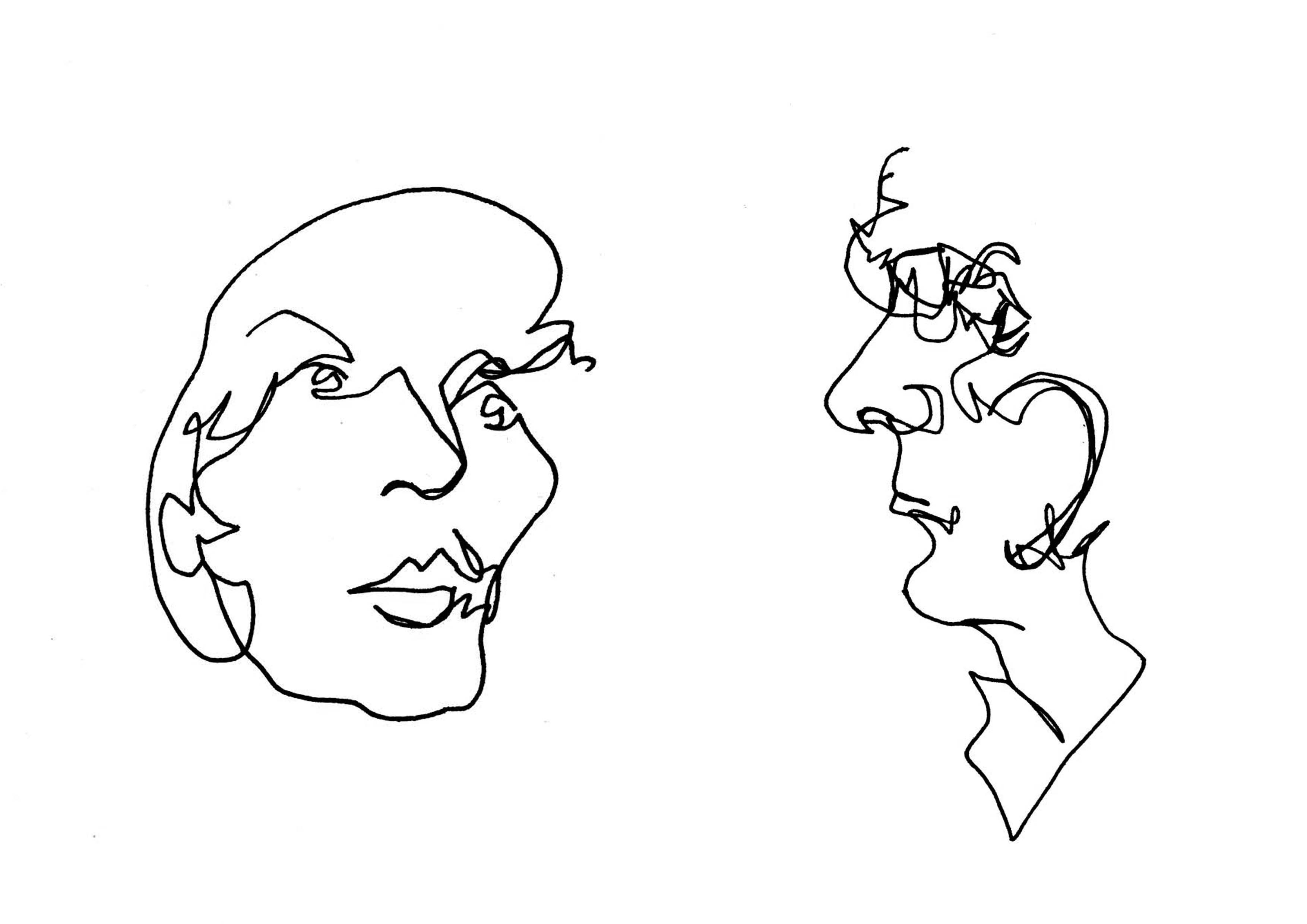 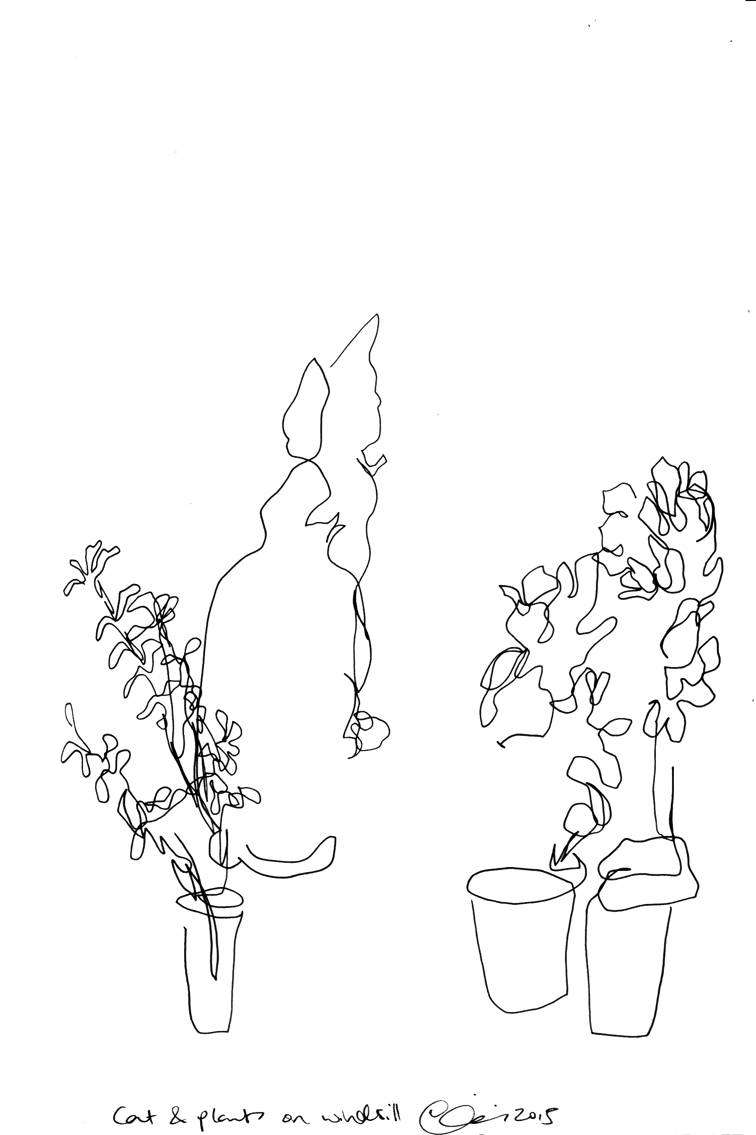 The above is a blind continuous line drawing of cat and plants on the windowsill in my studio. I thought kids were hard to draw, but cats – woah. They don’t even stay still in their sleep! 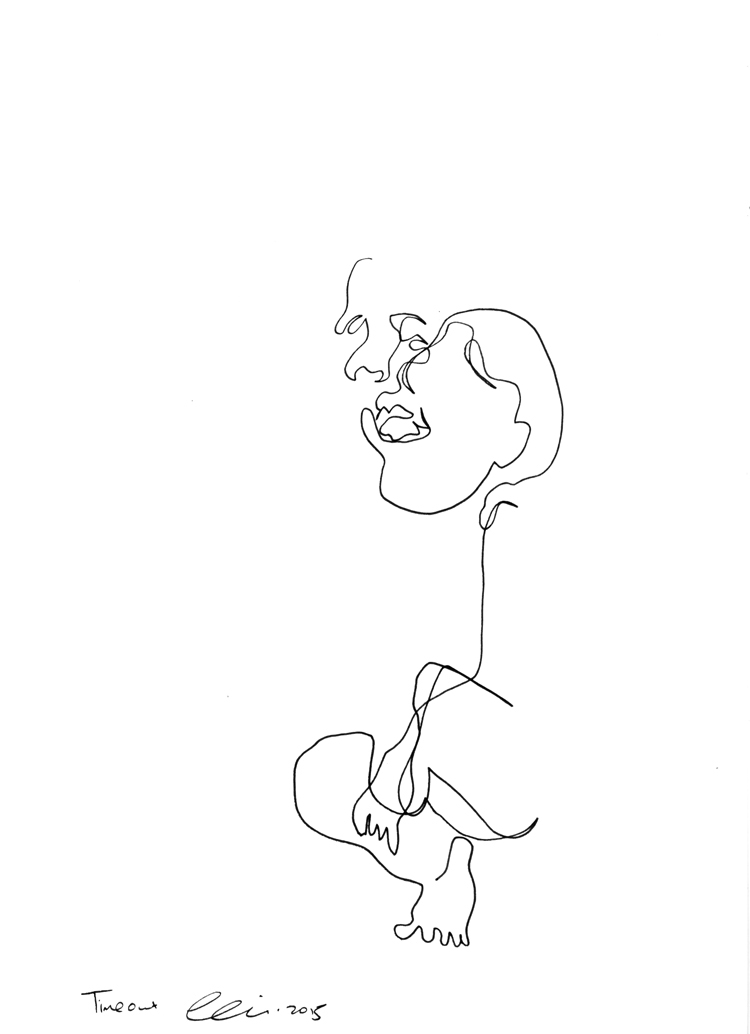 ^Time Out^
I did this drawing of my daughter in time out the other day. Time out is such an amazing way of getting her to calm down and think of her actions. I highly, highly recommend it. 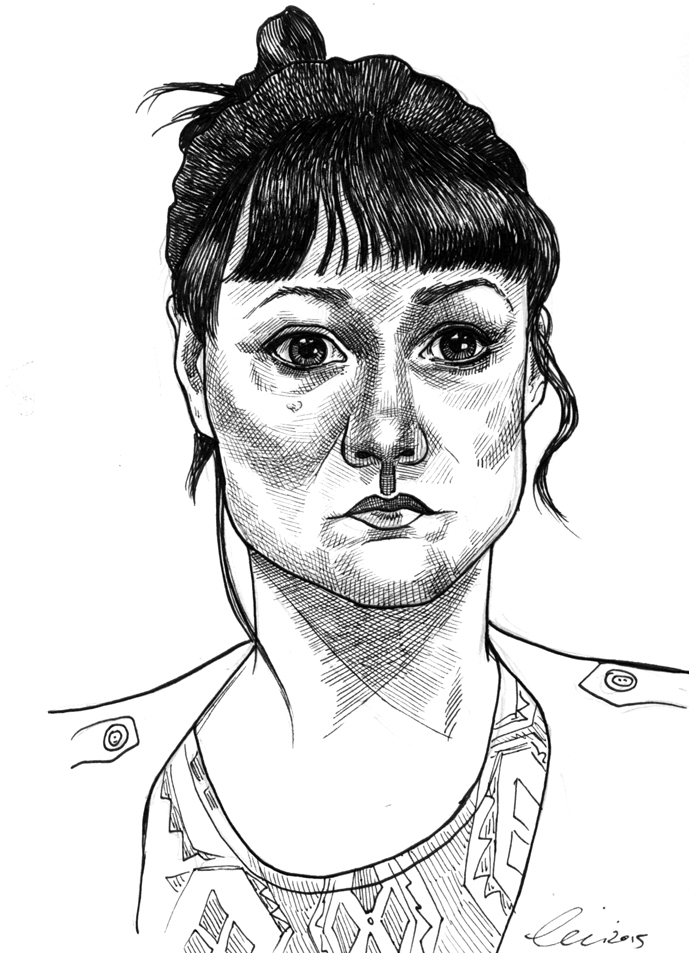 This is me trapped to the back end of the house while waiting for my daughter to actually go to sleep. Night time routine is probably the bane of my existence. 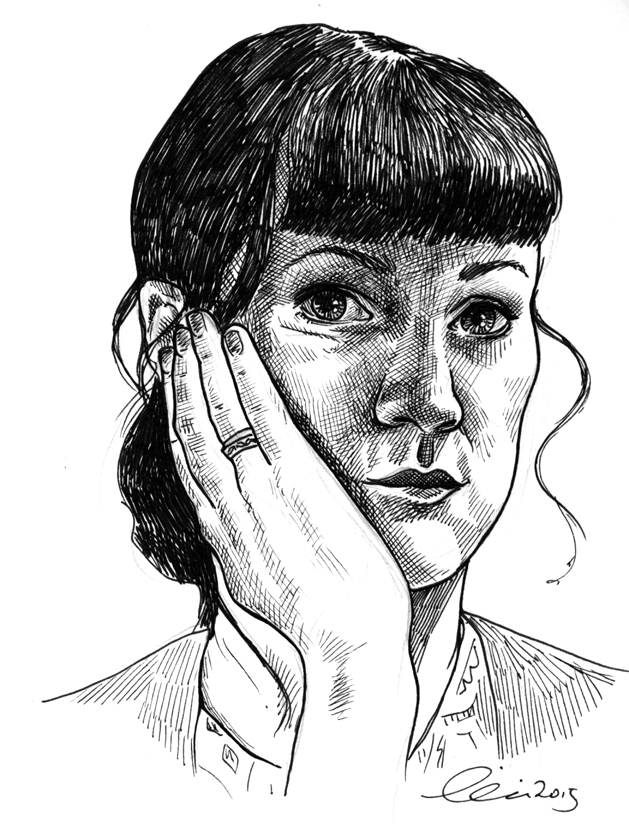 This is me after I think she has gone to sleep and I’ve been watching Jimeoin talking about Beyoncé doing her house hold chores. I love comedy, I am pretty sure it has saved me. 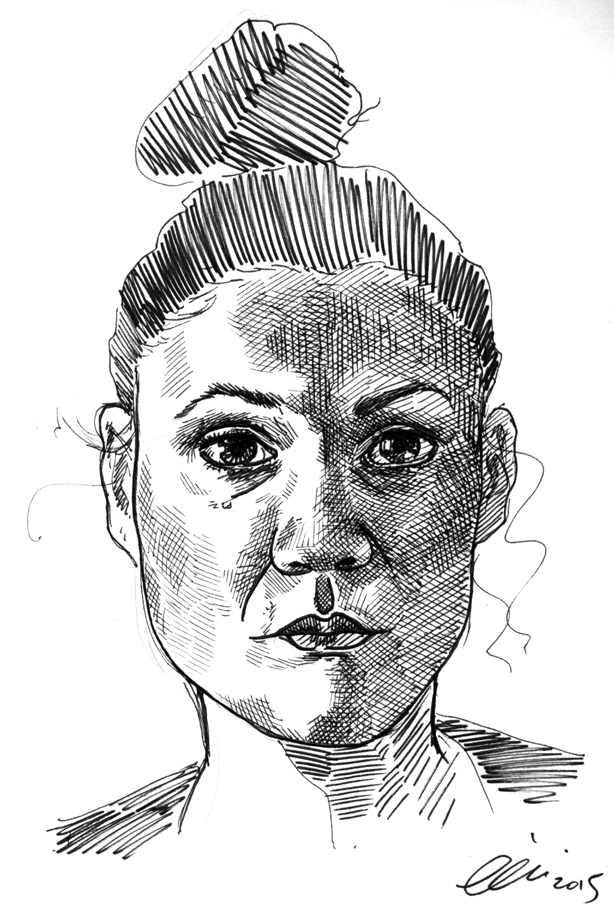 This is me the day before last looking pretty scary. I’m not scary, but I can look it. Or something.