What a time it has been. Things have been challenging and it’s easy to get negative about it and give up, but I don’t want to do that.

So instead of getting lost in all that I just wanted to share a little watercolour I did, I’m going to paint a whole lot of things in colour for my lounge room. Gene built beautiful book shelves in there this year and as I went to hang things in there I stopped myself and though no, no we need colour! 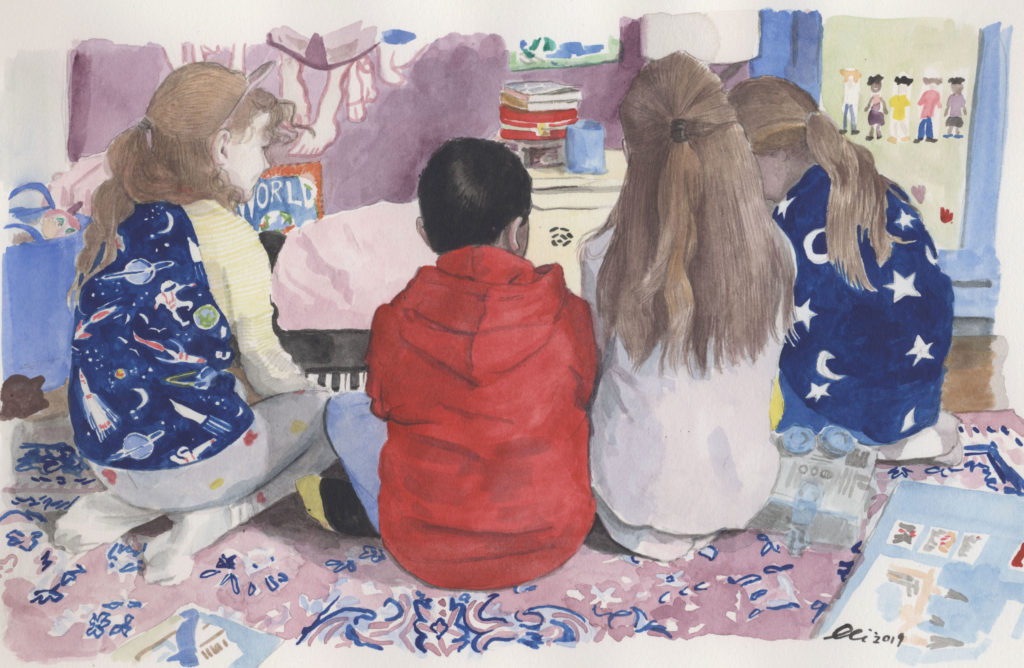 I really want to work in oils, but not yet. I will get there. I just want to work in the home at the moment. Watching nailed it with kiddo or when waiting for things to cook/ wash/ dry/ etc.

It’s important to hold onto the little and beautiful moments in life, of which there are many if you just look. 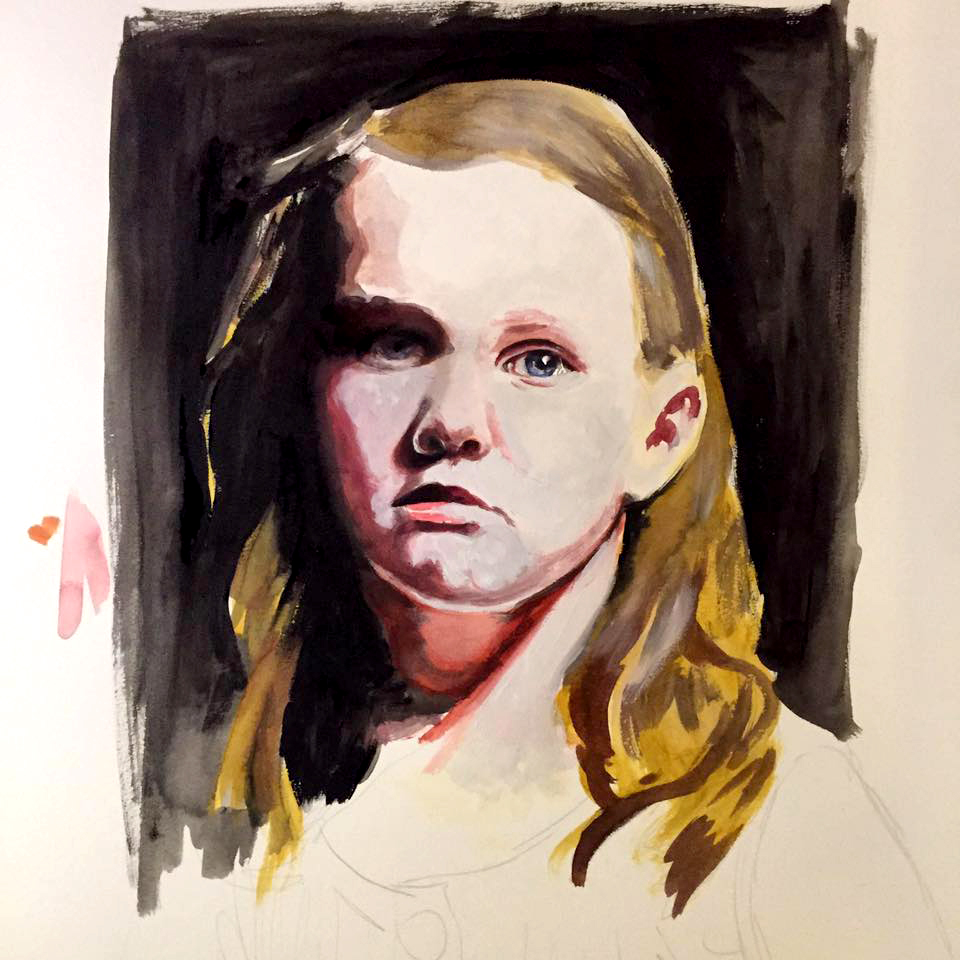 My eyes still burn, I think this one is on the right track. Time to put the subject to bed. 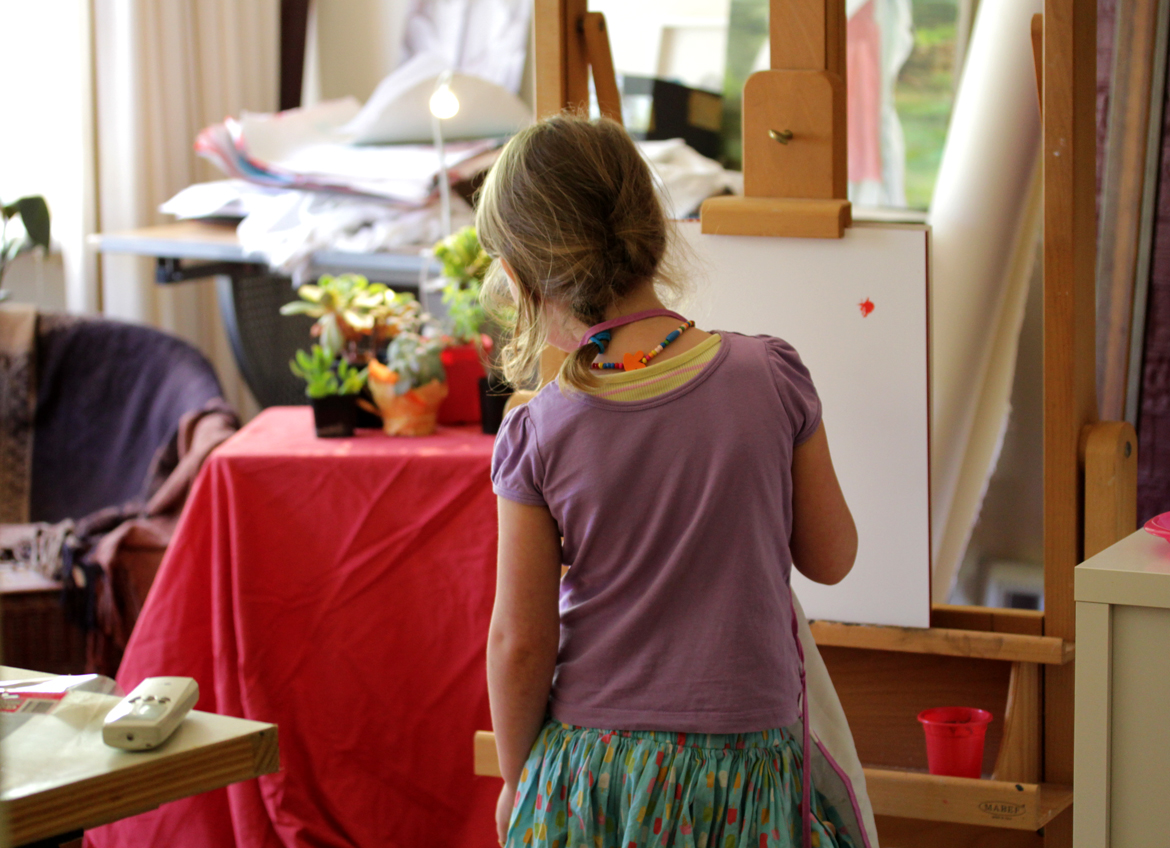 This weekend just passed I had a young woman come to visit who I used to teach art to back in Melbourne. It was really lovely to see her again and we did a self portrait lesson in oil paints as we didn’t really get around to painting in oils before I moved.

My daughter saw all of this and but continued happily playing with this young woman’s sister and when they left she said, “Mumma, can I have a painting lesson?” – which is pretty much the best thing.

So this afternoon I set up my easel for her and we gathered up our small, but growing, succulent collection. Instead of oils though, I cracked out my watercolours for her as I am also in the middle of making dinner and not sure if we should be playing about with solvent right now! She used to use my watercolours about two years ago before I managed to buy her kids paints. This is before I realised that I could probably make them myself, but back then I didn’t have the focus or energy to do it. 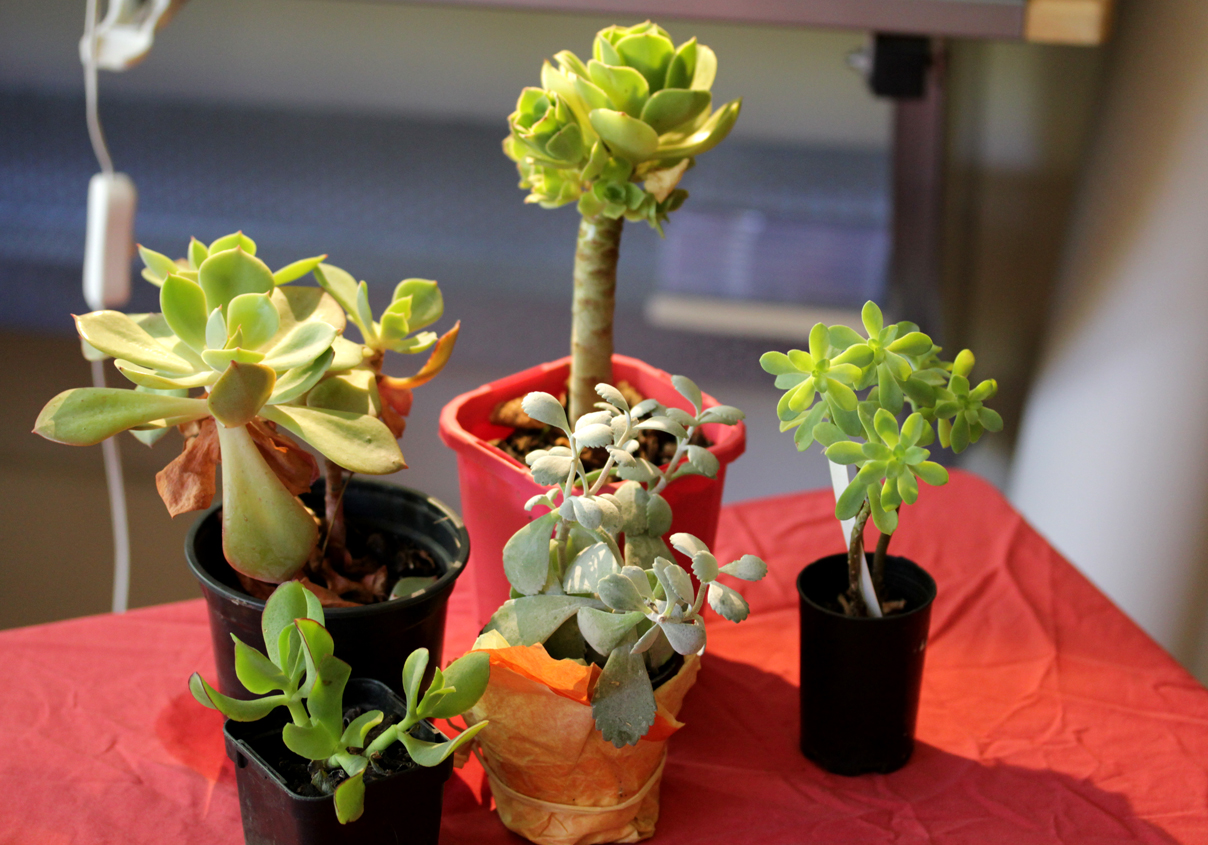 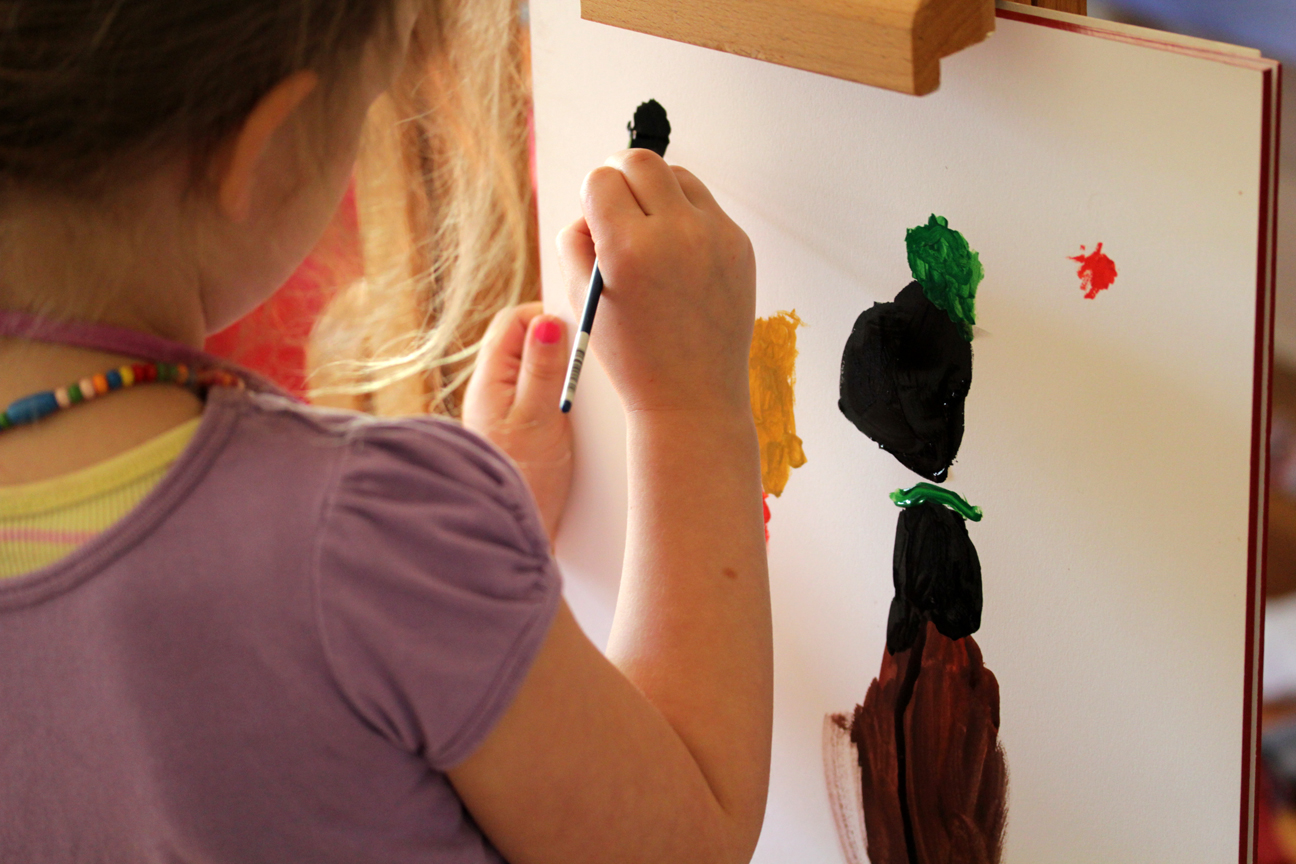 We talked about drawing and swirls and colours and listened to a panel talk about feminism. I showed her to dry off her brushes on a rag to not muddy her colours and she made purple. then we debated about what colour was what.. It was glorious. 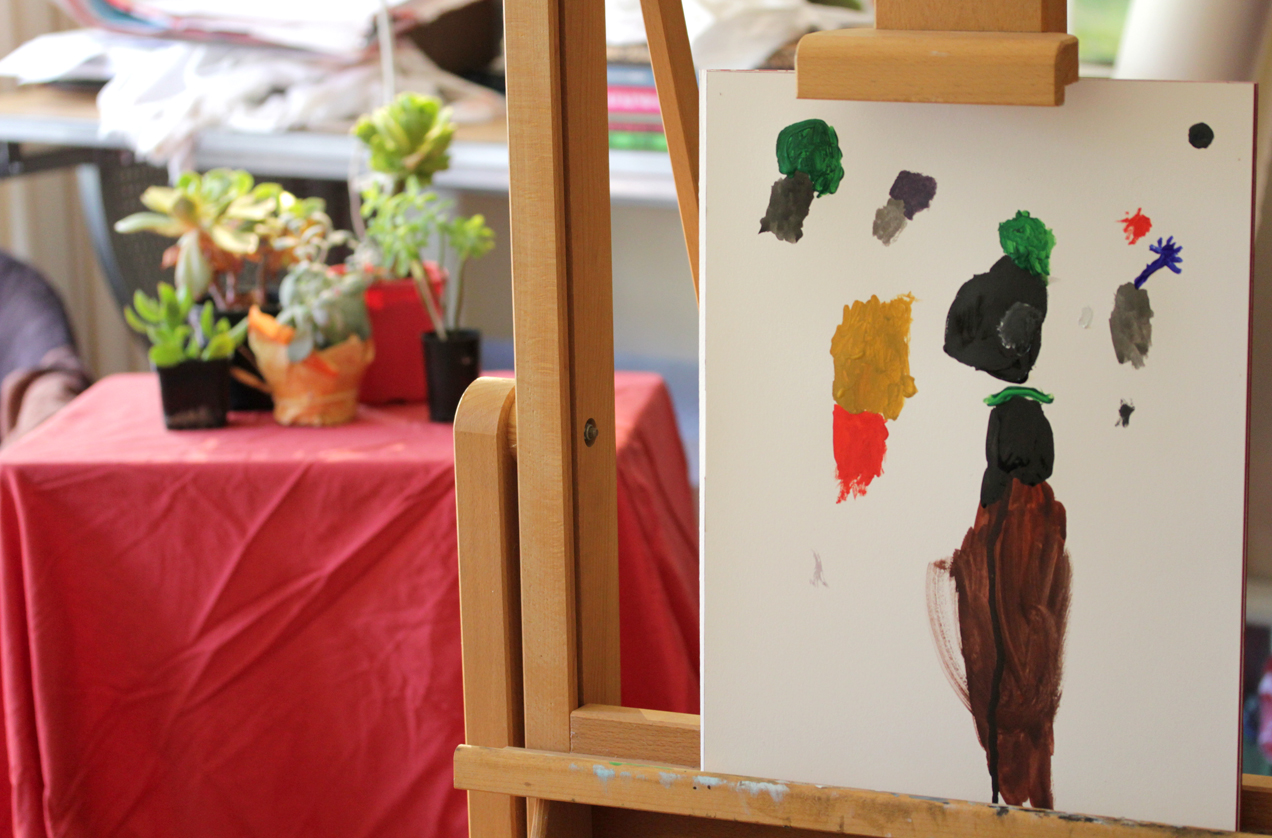 There’s a saying “Those who can’t do, teach” which I think is pretty ugly. I mean, I really don’t think I am much of teacher – but it is such a joy to share and inspire and encourage young minds and hearts. I feel so lucky that kidlet is interested and keen in so many things. 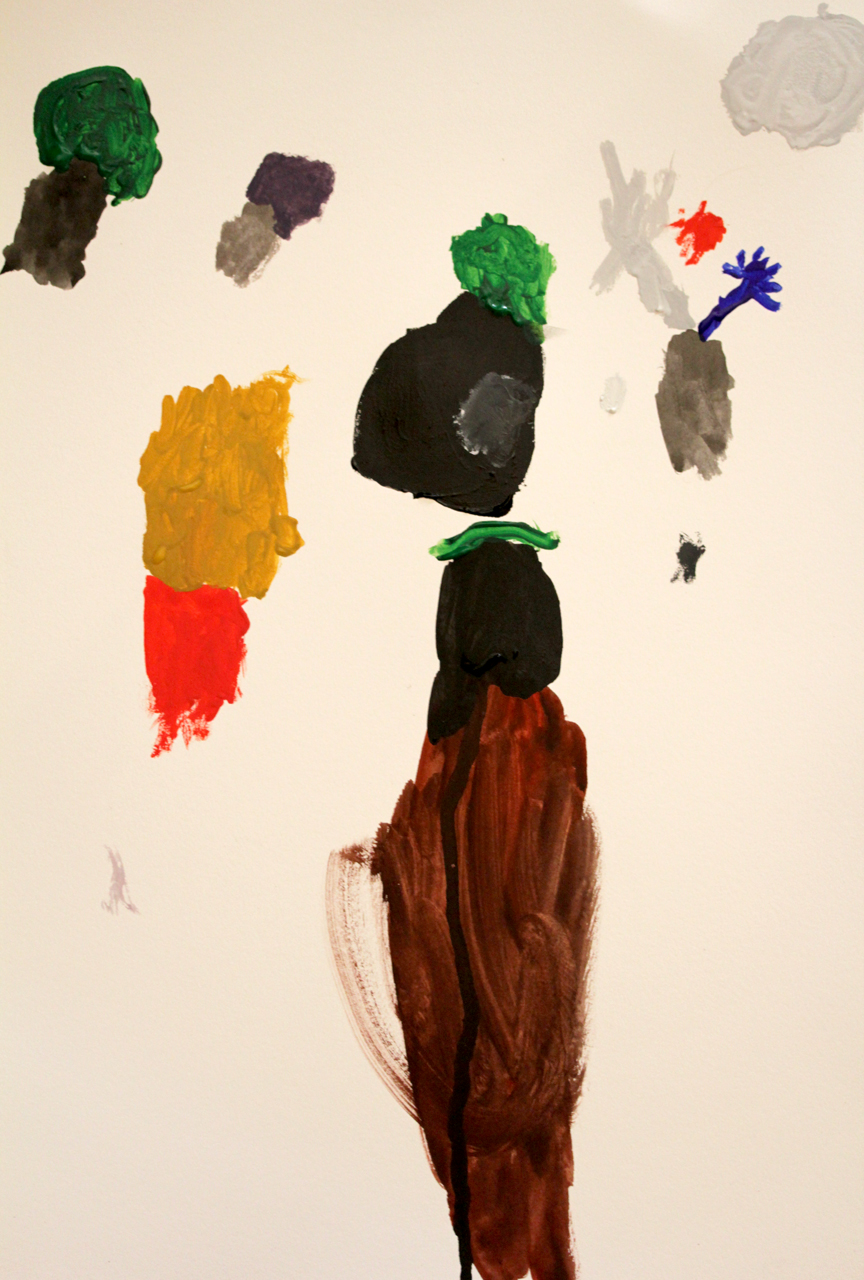 She said the finished piece is for her friend at kinder…. I really want to keep it!!!!

I think it is also important to let kids have a go with the real paints and papers as well. I mean, not all the time as it costs a lot – but I think when you just give people the cheap stuff that really says something. Of course, the cheap stuff is great for play and learning and just making but the real stuff is quite affirming, I think.

Anyway, back to making dinner and bath and bed and then I will get to draw for a few hours before sleep. 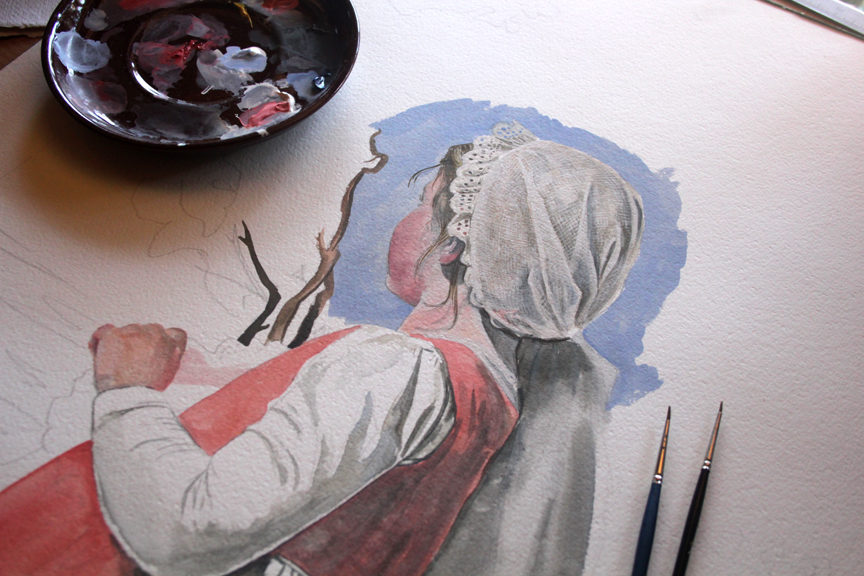 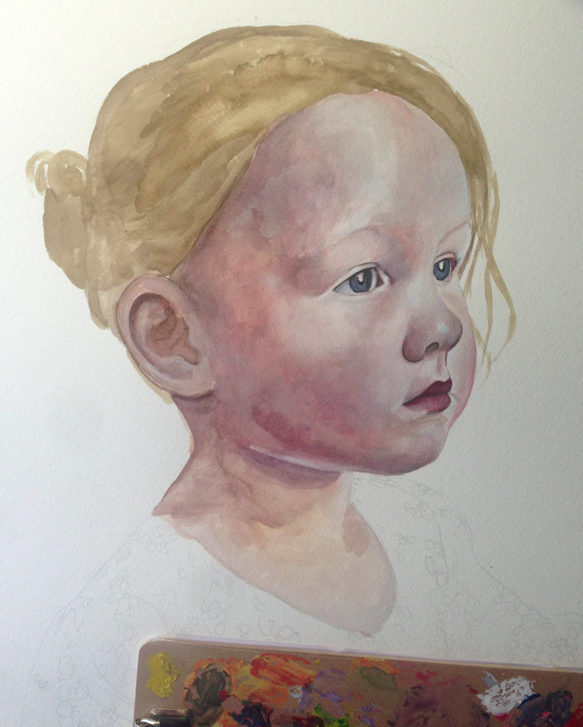 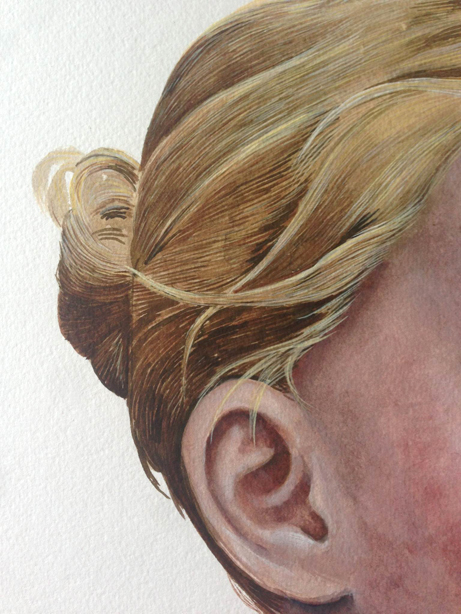 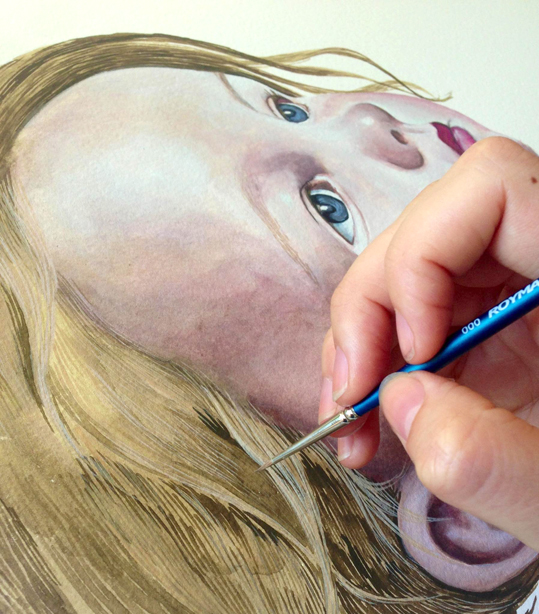 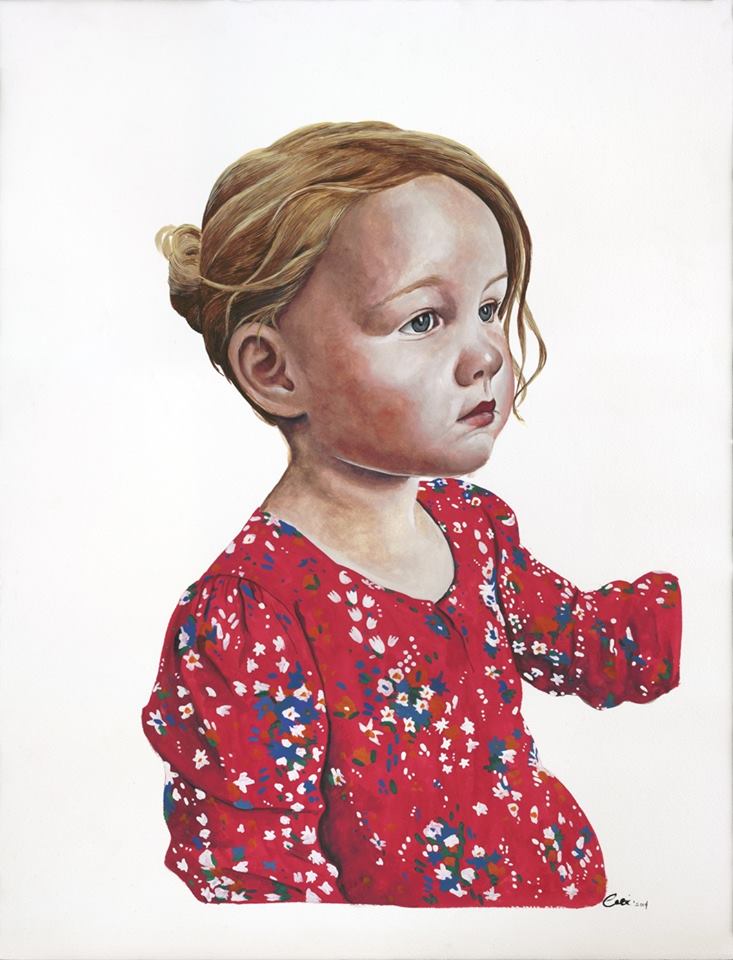 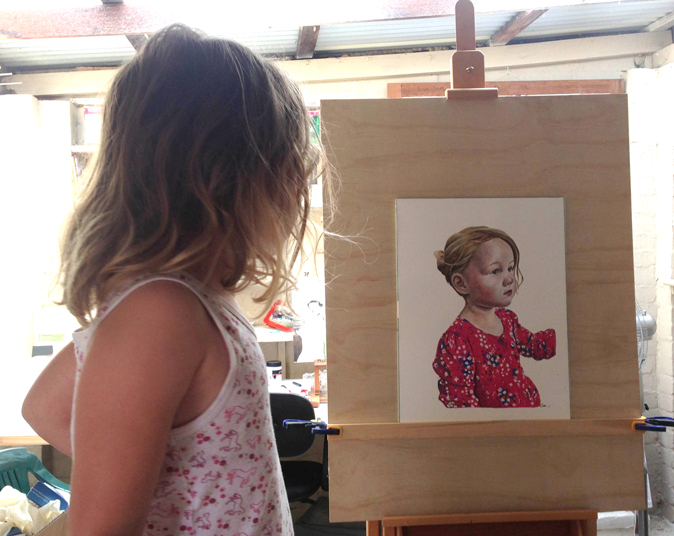 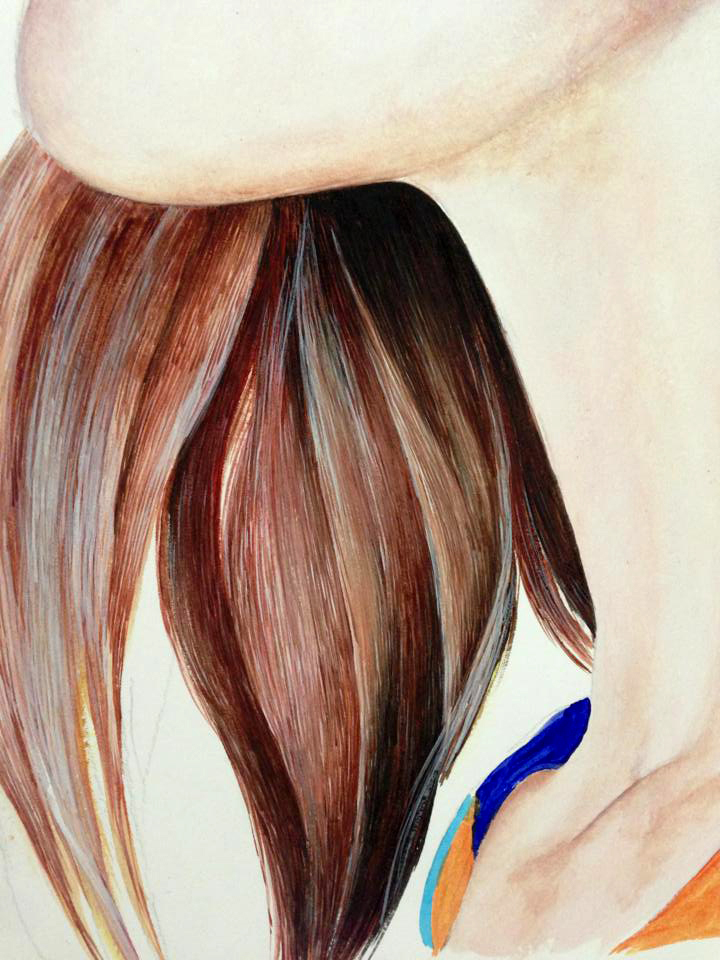 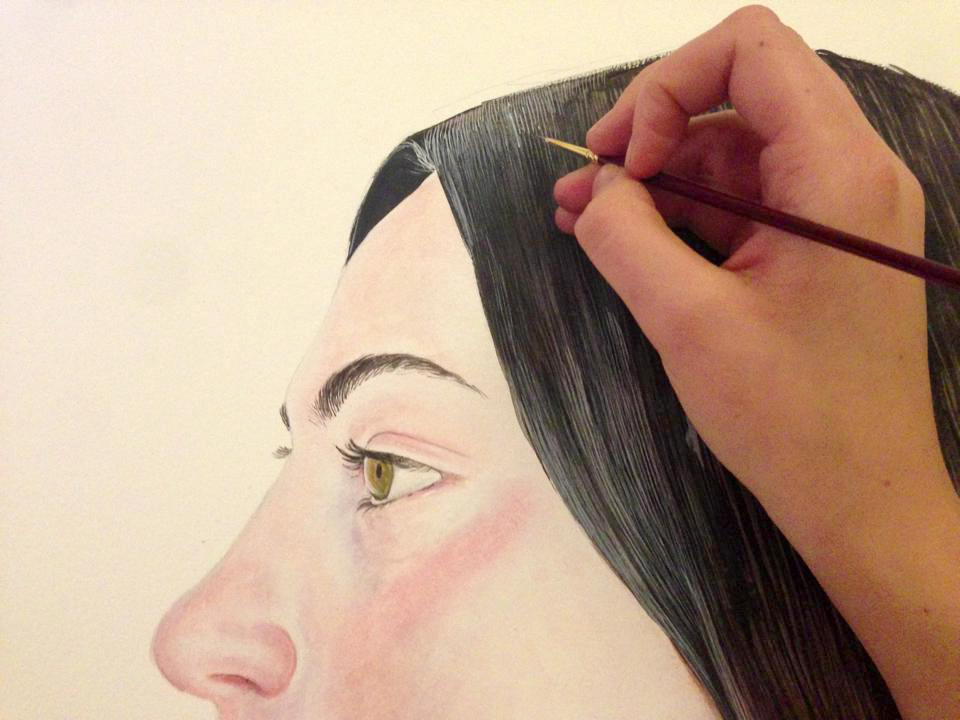 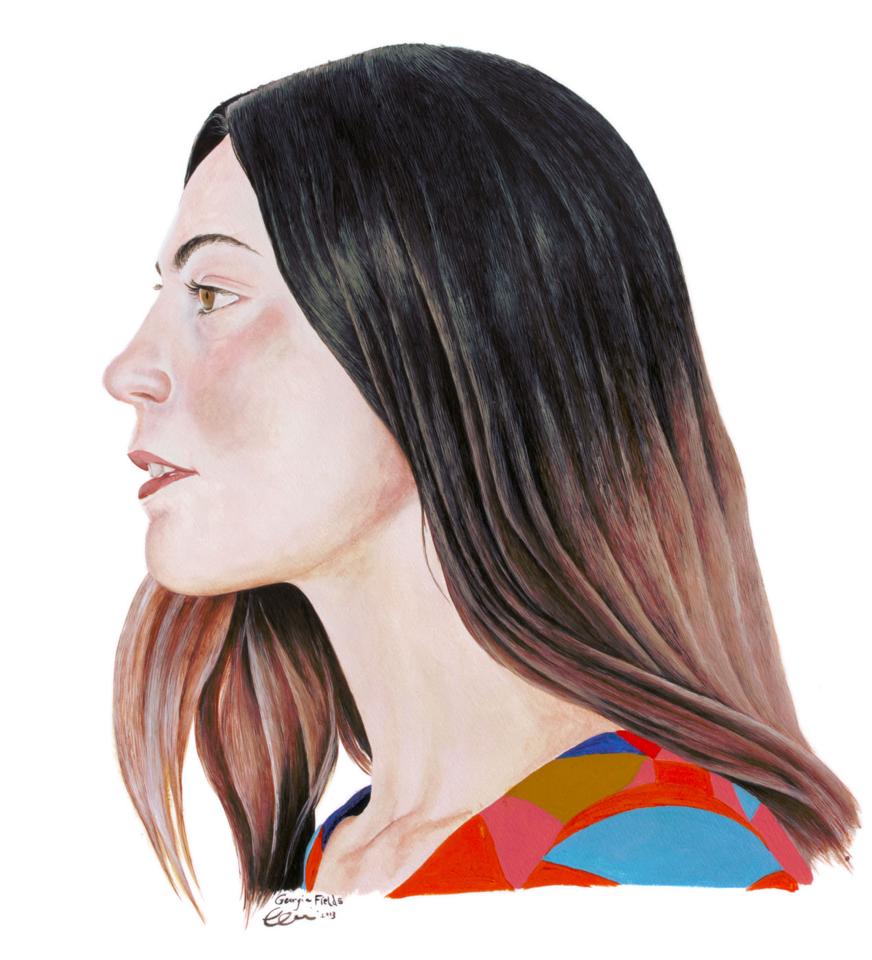 I like painting but I struggle with oils. It’s smelly, it’s sticky and I really can’t do it inside the house with a small child. I’ve been playing with water colours and gouache for about a year now and thought that maybe I could buy myself some proper paper and do a large portrait series.

I asked Georgia Fields to pose for me – continuing on with making portraits of people who are inspired/ inspiring. She said yes – obviously!

This is mainly painted in watercolour with gouache highlights. It’s on Sennelier cotton paper, size 64 x 49cm. The paper cost me a small fortune but basically working on it is like a dream/ mad love affair/ all awesome feelings pressed into 300gsm paper.

The hair took up most of my time – it is layers and layers and layers of colours and paint at different transparencies. I think I nearly went mad – as I do with a lot of my works – but I am proud of the result.

And now, I must start work on another one.