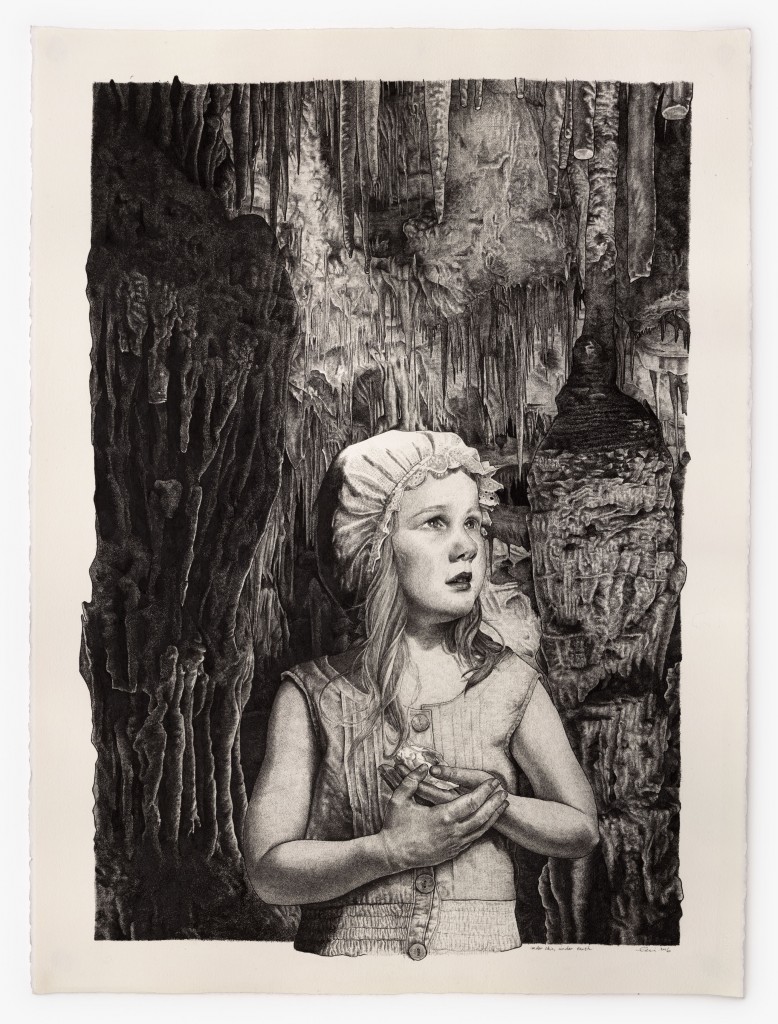 My Grandmother died a few days before I finished this drawing, it has been so hard to finish.

This begun as an experiment, which is the best part of not having a deadline – experimentation. I want to find ways to explore mortality – all the life and death lessons I have experienced over the last couple of years. I thought I would write about them – but that doesn’t feel like the right to do for me.

I’ve tried drawing people’s objects and painting still lives of flowers, while they were fun to do, they were not enough. I’ve been road tripping and sitting and reading and sketching and photographing and I get inklings of things and then I moved towards other things. I’ll get there, I’ll find it.

When I was a teenager, I spoke to Grandmother on the phone and she had asked me about my drawing. She always asked me about my drawing. When I told her I wasn’t doing that anymore she told me that I was being silly/ stupid/ ridiculous – one of those words, all of which I was deserving. I was such an angry teenager and was putting all that anger into being destructive towards myself instead of being constructive. Anyway, she said I was being silly/ stupid/ ridiculous – that I have a gift. I shouldn’t waste it.

So I’ve been trying not to waste it. I’ve had busy hands for a number of years now. In my early twenties I was making toys, she showed me how to make a simply teddy out of felt. I made a pirate one and Grandma examined it, said I was clever but I make repulsive things. I was really proud.I’ve been trying to make things that I think she would be interested in, my art has run the gamut of angst to art school to hyper sexualized to general interest and exploration of body to telling life stories. The kind of stories that Grandma’s would be interested in. It pains me that when our minds and experience become so rich, our bodies begin to age and fail.

Grandma passed away on Monday evening, I looked up the clock face of the Melbourne Town Hall around the time she left. When I got the texts and the calls and found out what time I remember this moment.. I wonder of it is connected. But maybe that’s just what we all do, try to find meaning in things and maybe there isn’t any meaning.

We are all so temporary. It’s heartbreaking.